Multinational corporations important players in the background of COP21

Goals will not be be achieved without significant engagement and investment from the private sector, particularly from multinational corporations. 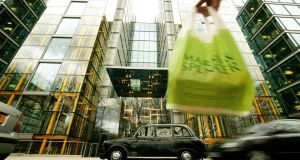 Organisations such as Marks & Spencer have implemented initiatives which go beyond efficiency gains to “eco-effectiveness”, reducing total ecological impact.

In an increasingly globalised economy, multinational corporations are some of the world’s wealthiest and most powerful entities. Just over 1,300 companies control 80 per cent of global operating revenues, with 40 per cent of this controlled by only 147 organisations. The annual revenue of a company such as Royal Dutch Shell or Walmart is more than double the GDP of many countries, including Ireland.

Such wealth gives business enormous potential to contribute to sustainable economic and social development. In recent years “sustainability” has become a business buzzword. However, despite more than 20 years of business engagement with social and environmental issues, global indicators suggest we are farther away from achieving just, stable and resilient societies that function within increasingly vulnerable ecological limits.

The aim of the COP21 negotiations that began this week is to produce an international framework to limit human-driven global warming to below two degrees. Nation states will be ascribed legally binding targets for the reduction of greenhouse gas emissions. These targets cannot be achieved without significant engagement and investment from the private sector, particularly from multinational corporations who are both sponsors and “civil society” representatives in Paris.

The financial crisis showed key elements of our economic system, of which businesses are the engine, are deeply flawed. The short-term focus of financial markets and the primacy of shareholder value mean business decisions are made within a narrow frame: maximise profit, quickly.

Currently, business discourse on sustainability is dominated by the “business case”. Investment in sustainability related issues is said to benefit the organisation, for example, energy efficiency leads to cost savings. This win- win premise is an excellent idea when it holds. However, it does not always do so. For example, if British American Tobacco was to switch to manufacturing only e-cigarettes, society would benefit, the company likely not.

The fundamental issue with the business case is that it is limited by the need to fit within the existing paradigm of financial short-termism. Much business talk of sustainability simply puts a “green” gloss on business as usual. For a paradigm shift to occur, business must look beyond the business case. This is not just a pipe dream but an alternative being implemented by some of the largest global companies.

Unilever is among several large companies making innovative operational changes for sustainability. Organisations such as Marks & Spencer, Puma and O2-Telefónica have implemented initiatives which go beyond efficiency gains (the benefits of which are often negated by increased productivity) to “eco-effectiveness”, reducing total ecological impact. Marks & Spencer, for example, is exploring the possibility of “dematerialisation”, reducing supply chain waste by allowing customers to rent clothing. Puma has created a biodegradable running shoe that customers can return to its store to be composted at the end of its useful life. Here in Ireland, the Musgrave Group operates in accordance with core values that include “long-term, stable relationships” and “not being greedy”.

Sustainability is a challenge to accepted norms. It requires business leaders to think beyond conventional notions of the purpose of a business, to recognise that our current economic system is unsustainable in a societal and an ecological sense, and to take an honest look at the role of business in perpetuating that system.

We must stop thinking of sustainability as an element of company strategy, an optional extra to be added on if a business case can be made. To make a real contribution to a just, equitable, and ecologically sustainable future, business must begin to look beyond the business case.

Aideen O’Dochartaigh is a postdoctoral research fellow at the Quinn School of Business, UCD