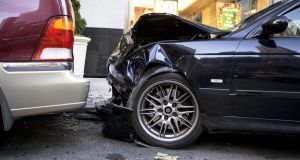 So-called uninsured motoring is purportedly one of the causes of high premiums, but how many vehicles are not covered by a policy? Surely simple cross-checking of databases – those of insurers and of the vehicle register – would answer that question and identify defaulters for prosecution. File photograph: Getty Images 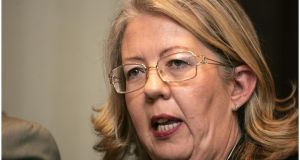 Dorothea Dowling, chairwoman, Motor Insurance Advisory Board: “As a matter of principle, a more robust approach to assessing injury has been indicated by the new Court of Appeal in a number of cases when reducing awards since November 2015. This would be like the European model, where disabilities are assessed in percentage terms.” File photograph: Dara Mac Dónaill/The Irish Times

The motor insurance system in Ireland needs a fundamental review for a number of reasons that are not often addressed.

It is one thing to buy insurance, but it is quite another to find that it’s worthless. While I am not a fan of copying England, major legislative reform there will curtail insurers’ attempts to repudiate policies.

A 2011 review by the Law Reform Commission here found that repudiation was also frequent. We can see examples of such unsuccessful attempts before our courts today.

Thankfully, EU directives prevent motor insurers from repudiating compulsory cover for liability to injured parties. The Motor Insurance Advisory Board (MIAB) report in 2002 questioned whether insurers were complying with those EU laws. That may still be an issue. Some judges find ways to impose EU law on insurers.

So-called uninsured motoring is purportedly one of the causes of high premiums, but how many vehicles are not covered by a policy? Surely simple cross-checking of databases – those of insurers and of the vehicle register – would answer that question and identify defaulters for prosecution.

Recently fears were expressed that motorsports venues would be put out of business because the European Court of Justice held that compulsory motor insurance did not just apply to roads.

However, in this context, Irish law, as laid out in section three of the Road Traffic Act 1961, reads: “Public place means any street, road or other place to which the public have access with vehicles whether as of right or by permission and whether subject to or free of charge.”

So it is not just crashes that are covered by compulsory motor insurance. One hopes that policy indemnity, or the Motor Insurers’ Bureau scheme, is not being denied on the basis of a more restrictive definition.

It is only because of the existence of the Personal Injuries Assessment Board (PIAB), with whom all injury cases must be registered, that we know the total annual number of claims is 31,576. We can only account for the finalisation of 9,046 between the courts and PIAB. So there are 22,530 claims on which only insurers have the information on who is getting what. Insurers highlight a high volume of whiplash claims.

The last time there was access to raw data was during the MIAB investigation, and, from recollection, 80 per cent of the volume of claims accounted for only 15 per cent of the value. Cutting insurance costs by 15 per cent would not go anywhere near the fundamental reforms we need now.

It strikes me as ironic that insurers advocate the abolition of compensation in line with the call in England for “care not cash”, with payment only for expenses. Whatever your view about such reform, I suggest it is ironic because Irish insurers are considerably more profitable than English ones. By 2012 the combined operating ratio there had not risen above breakeven since 1996 compared to what some regard as super-profits here between 2002 and 2008.

One cannot assess insurer results on a year-by-year approach. If reviewed on a longer basis and excluding outlier companies, the technical result at 2014 was 6 per cent or €215 million on the €5.2 billion of motor premiums for five years and 17 per cent at €1.4 billion on the €11.3 billion for premiums for 10 years. Isn’t that a lot of money for us not to know where it’s going?

As with flood damage, insurers seem to want a risk-free world. The kernel of the insurance business is risk, but records indicate that they are not very good at predicting it or pricing it. Alterations to financial models are a regular occurrence.

For example, the State had a windfall of €125 million in 2014 when recoverability of welfare benefits became a new liability on insurers with retrospective effect from August 2014. As I predicted in this newspaper (July 15th, 2013) jurisdictional increases in the courts also had a retrospective effect on liabilities, as the higher limits applied from the date of proceedings rather than to accidents from 2014.

Subsequent to the last increases in 1991 the cost of motor insurance rose by 81 per cent in a decade. Ireland is not a predictable environment for potential defendants, insured or otherwise.

What was foreseeable, however, was the increased solvency margin now required by the regulator. This had been under discussion since 2007. While insurers are risk professionals, their management of that foreseen challenge does not appear effective.

Accurately analysing faults is essential to employing the appropriate solutions. We cannot do that without robust data. It does not seem like that data will be made available by insurers any time soon.

So what can we do? Avoiding additional errors is the first priority.

In my view, a revised book of quantum (guidelines for payouts for injuries) should not be produced by the PIAB for reasons of principle and pragmatism. In the latter context, judges are more likely to abide by a book of quantum that they produce, as in the UK.

As a matter of principle, a more robust approach to assessing injury has been indicated by the new Court of Appeal in a number of cases when reducing awards since November 2015. This would be like the European model, where disabilities are assessed in percentage terms.

Put crudely, if a maximum severity case such as the tragedies of paraplegia and quadriplegia equates to €450,000 on the scale of general damages, then what proportion of that pain and suffering is a whiplash?

We could also usefully move to the EU model, as recommended by the MIAB in 2002, where the coverage is based on the vehicle, as Ireland and UK are out of step with the rest of Europe. After all, with the advent of driverless cars, won’t coverage have to move that way anyhow? It would also be a step toward that elusive single EU market in financial services.

Dorothea Dowling is former chairwoman of the Motor Insurance Advisory Board