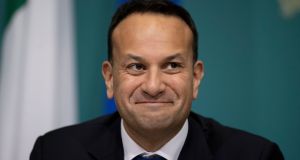 Democracy is greatly to be prized, but it does have its problems. We have all seen recently the way in which it can be hijacked by populism, but, even where this is not the case, it may exact a real toll on many genuinely good people who serve it so selflessly. All politicians put themselves on the line for bruising criticism. Women, in particular, can be subjected to outrageous personal abuse.

Much has happened in Irish politics in 2020. Many good politicians lost their seats. The election result, coupled with the Covid pandemic, seems to me to have shifted Ireland in a social democratic-type direction, towards a more just society. This may be partly a reaction to the sort of politics we have all observed, with a growing sense of despair, in America and Britain.

Enda Kenny and Michael Noonan stepped into the breach in 2011, supported by their experienced and admirable Labour colleagues, to save us from penury and from the injustice of unemployment. Their legacy is the current economic platform that has enabled us to manage the pandemic.

In more recent times, Simon Coveney and Micheál Martin, among others, have also played their part in moving Ireland in a more social democratic direction. And now in 2020 Fine Gael leader Leo Varadkar has, particularly since the general election result, led the way in an impressive manner, with empathy and compassion.

Undoubtedly, part of the credit for this changing tide is Sinn Féin’s election success, or, perhaps more accurately, the people’s own voice. Sinn Féin, leaving its earlier anti-European stance behind and choosing a left-wing nationalism, rather than the right-wing xenophobia of nationalist politics elsewhere, has contributed to our political culture. It has further allowed the party to capitalise on the frustrations of our younger generation, and has resulted in a wake-up call to the more orthodox political establishment.

Whether it is driven by principle or pragmatism, the almost-universal conversion to different versions of social democracy is, in my view, something to be welcomed. Nevertheless, there is still division in Ireland about the type of society our political parties would like to promote. In America, and to a lesser extent in many other western countries, there are now some dramatic differences in the types of society politicians envisage, resulting in division and rancour within these societies.

Ireland is different, and already our diaspora is sensing the emergence of a more tolerant, open, yet still community-based society. I believe there will be a greater return of immigrants to Ireland over the next five years than is currently anticipated. This is likely to mean that our housing, health and education policies will have to be much more ambitious.

Future governments will be judged on their response to such societal changes, and on their competence and fairness in the delivery of services. I may be wrong, but I can’t see, in the next decade, a political platform that advocates for lower taxes at the expense of improved public services being a political winner.

Portraying Fine Gael and Fianna Fáil as centre right parties is not actually a fair or accurate reflection of their entire history. Both Paschal Donohoe and Michael McGrath, in last week’s budget, have firmly put this misconception to bed. Fianna Fáil in particular, but also Fine Gael, have let the country down at certain times but, by and large, politicians in both these parties have helped make Ireland a much better country for its citizens.

People like Declan Costello and Seán Lemass set Ireland on a course in the 1960s to become a more just society. It strikes me that 2020 has put us back on that course. Leo Varadkar has the same Lemass-type capacity to transform Ireland in the first half of the 21st century. In 2020 he has had to learn from the electorate, but he has also shown a capacity to avoid being flattened by the system, which is essential for ultimate success.

Can he and Micheál Martin bring Fianna Fáil and Fine Gael closer together on a long-term basis? Can Labour and the Social Democrats grow together in a similar type of long-term alliance? Can the Greens continue to inject much-needed imagination into the political agenda while being a party of Government? And can Sinn Féin become more accountable, less attritional and stop pitting sections of society against each other?

Ireland, in the main, is well served by its current politicians and, if all our political parties become a bit more rounded and a tad less partisan in their outlooks, we might as a society make real progress in the decades ahead.

The late John Hume, who left us in 2020, created a road map for less-partisan politics by showing that the cause of betterment is bigger than the interests of any single political party.

1 Late Late Toy Show: Music, tears, Tubridy’s F-bomb and €5m for charity. What a night!
2 Basic income for all: Has the Covid crisis given us a new economic model?
3 Ireland in precarious position as third Covid-19 wave could be more deadly, Nphet warns
4 'It just doesn’t feel safe': The restaurants that will not reopen in 2020
5 Man arrested over murder of mother and her two children
Real news has value SUBSCRIBE