Opinion: ‘Liberals might need to put clear, blue water between ourselves, libertarians and laissez-faire monetarism; where we need to question out loud the notion that everything “freely chosen” can be commodified’ 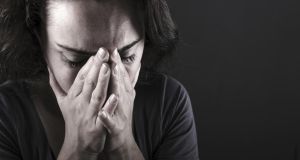 ‘Industry supporters characterise prostitution as a legitimate career choice, contrasting it with poorly-paid burger-flipping or retail work. But burger-flippers are not routinely assaulted.’ Photograph: Getty Images

The most memorable scenes in Love/Hate? The mangled cat? The eye-gouging? The prison rape? All so remote from middle Ireland – we could relax with a cup of tea, knowing that no child of ours would end the night impaled on a broken pool cue.

But who remembers Debbie and her brothel scene? The much-loved daughter of middle Ireland, reduced to a few orifices in a brothel for a succession of grunting, heaving men, to the sound-track of Angel of the Morning?

She wasn’t punched, bitten, raped (not as sex industry supporters understand it anyway) or thrown down the stairs. She seemed healthy and mentally aware.

In many ways, Debbie’s scene portrayed the sex industry as it likes to promote itself: benign facilitator of consensual, adult transactions in a safe, controlled, indoor environment. Debbie needed cash (for drugs in her case); punters paid. Win/win.

The image went awry when the camera remained firmly focused on Debbie’s face – a contortion of disgust, pain, shame, resignation. Were punters bothered?

The site also provided a forum for Irish men such as “Mountdick” and “BigLad” to post reviews of the merchandise. I wrote about it in a feature in The Irish Times on August 30th, 2010, titled, “A prostitute’s life: Whether it hurts the woman or not, the men don’t care”, citing some of the graphic posts. They explicitly spelt out the shocking contempt of the posters for the women who they depicted as nothing short of human receptacles. One ended: “To be 100% honest, and fair to other punters, they list a few things on their profile that they don’t actually do [he listed them diligently] like in the porno movies.”

One poorly reviewed woman responded: “tanks for your councils. I hope one day you give me another chance.”

Not exactly Feisty Fiona from Foxrock.

These women were often referred to as “it” by the posters. Should that surprise us? Or that the vast majority of the site’s 527 “escorts” were from the poorest edges of several continents ? Or that entry into prostitution is often preceded by repeated trauma, according to studies? Or that significant numbers are drawn in as children under 18?

Industry supporters characterise prostitution as a legitimate career choice, contrasting it with poorly paid burger-flipping or retail work. But burger-flippers are not routinely assaulted. The prostitution debate invariably focuses – even in decriminalised, controlled settings – on how best to secure the physical security and safety of the women. It’s the issue that shapes and colours society’s and governments’ responses to the industry, and rightly so. But in what twisted universe does this make prostitution a proud career choice, unless poverty of aspiration and self-worth of (mostly) one gender are a given?

Do inhabitants of that universe beam proudly when a child announces – “Hey dad, I’m going to work hard and get into prostitute school.”?

Those who can’t be doing with fluff like actual survivors’ stories or peer-reviewed studies, argue that man “needs” sex like he needs food; he might die without it, therefore he is entitled. So it’s only right that a marketplace exists to meet this entitlement. Woman is built to service that “need”. But it’s a pleasurable duty for her and allows her to earn more than a burger-flipper. QED.

This is the point where liberals might need to put clear, blue water between ourselves, libertarians and laissez-faire monetarism; where we need to question out loud the notion that everything “freely chosen” can be commodified. Trade in human organs is illegal in civilised societies, even as people die for want of transplants. That’s because sellers are always assumed to be offering their wares from a position of vulnerability and are endangering their health, thus making it a problem for society.

So do we accept that boys will be boys? Shrug and agree with the sages that prohibition has never worked?

It’s just a few decades since the British-based Paedophile Information Exchange – which campaigned for the age of consent to be reduced to four – had a letterhead, a busy media spokesman, a stall at university conferences and high-level links to the British Labour Party. The PIE members’ hotline was answered by a chap with a day job at the British Home Office.

Then society woke up.