London must finally decide just what kind of Brexit it wants 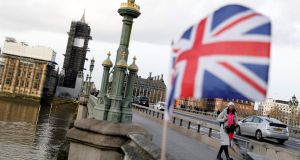 Britain’s Houses of Parliament in London pictured on Monday, December 16th, 2019. “The UK’s exit is the only cast-iron certainty following the election.” Photograph: Tolga Akmen/AFP/Getty

As EU leaders met in Brussels for the 2019 December European Council, all across the UK voters went to the polls in a winter general election that would hopefully unblock Brexit. The outcome was decisive. The electorate delivered a massive 78-seat majority to Boris Johnson, which will enable his government to assure ratification of the EU withdrawal agreement.

This concludes act one of the Brexit drama, and will formally take the UK out of the EU on January 31st, 2020, well over three years after the 2016 referendum.

The UK’s exit is the only cast-iron certainty following the election. The next phase of the process will bring further drama.

To date every political calculation made by Johnson was driven by the inevitability, in his mind, of an election. Now he has to govern for the next five years.

The prime minister has tough choices to make. The Conservative manifesto contained a pledge that there will be no extension of the transition period beyond December 31st, 2021, which leaves little time to negotiate and ratify a future agreement.

If London wants more time it must request an extension by June 30th, 2020. The granting of any such extension is bound up with agreeing a deal on fisheries and access to territorial waters. If there is insufficient progress in the talks as summer approaches, Johnson faces an unpalatable choice.

More importantly, London is going to have to decide just what kind of Brexit it wants. A marked feature of the UK approach up to now is a failure to thoroughly address and assess the costs, consequences and trade-offs associated with exit.

The EU27 has clearly stated its desire for a close future relationship with the UK, but the degree of closeness will crucially depend on a balance between obligations and rights.

The EU is determined not to be undercut by a near neighbour that lowers its social and environmental standards, and uses state aid to gain competitive advantage. In Brussels parlance this refers to the level playing field, and we will hear a lot about this concept in the months ahead.

No one knows, including perhaps Johnson himself, just what kind of Brexit he will opt for given his impressive majority. During the referendum campaign he was very much a “cake and eat it”’ man, and I am not convinced that he or those around him have faced up to the hard choices ahead.

The language or hard and soft Brexit is somewhat misleading as it conjures up a menu of multiple choices. The EU has been very consistent in signalling to the UK what the boundaries of agreement are.

If the UK wants market access reasonably close to what it has now it will have to accept a level of regulatory alignment within an infrastructure of compliance that it has so far eschewed. If Johnson opts for a looser free trade arrangement then there will be friction in the UK’s economic dealings with its nearest neighbours.

The latter is much more in tune with Johnson’s Global Britain project and the chimera of trade agreements across the world. However, his dismantling of the Labour red wall may temper this as the protection of manufacturing jobs in hitherto traditional Labour constituencies in the north of England and Wales might have to be prioritised.

From an Irish perspective formal exit ushers in an equally momentous period in the Brexit process. The Border regime contained in the withdrawal agreement must be translated from paper to practice, which will involve inventing new systems and processes within a short time span if the transition period is to end in December 2020. Given the trauma that unionist politics has experienced in the election, this should be approached with great sensitivity.

The quality of the future UK-EU relationship is of central importance to Ireland. Dublin should do all it can to foster as close a relationship as possible between the EU and UK. Given the solidarity shown to Ireland on the Border, however, Dublin is not in a position to do any special pleading for the UK.

We must also be mindful that Brexit has triggered immense uncertainty about the constitutional futures of both Northern Ireland and Scotland.

Brexit is not the only big-ticket item on Ireland’s EU agenda in 2020. The agenda is shaping up with the arrival in office of a new leadership team. Commission president Ursula von der Leyen has quickly embarked on her bold flagship programme, a “green deal” for Europe. This plan provides a macro framework for the most ambitious undertaking in the history of the EU. The December European Council endorsed the headline goal of making the EU climate-neutral by 2050.

This will dominate the European agenda for the next decade and beyond. The commission is determined to use all EU tools – law, finance, carbon markets, tax and international leverage – to achieve this goal.

As Ireland approaches a general election in 2020, attention must be paid to the emerging European agenda beyond Brexit that will frame Ireland’s future. All politics may be local, but Europe is local now.