The Abbey and cultural institutions 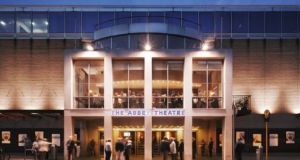 Sir, – I refer to “The situation in which the Irish theatre community finds itself is now critical” , which was signed by over 300 theatre practitioners, and to which I would like to add my name (“Abbey Theatre uproar: 300 actors and directors complain to Minister”, Arts, January 7th).

Is there a jinx on the Abbey? Open any book that has been penned on the subject since its foundation in 1904 and you will read of trauma, controversy and sometimes as much violence and drama in the auditorium as any play it ever presented on stage.

I hope this time it is only a temporary state of chassis! – Yours, etc,

Sir, – I was not at all surprised to read the open letter signed by more than 300 Irish practitioners that was sent to Minister for Culture Josepha Madigan expressing their deep concern and dissatisfaction with the direction that the Abbey Theatre has taken in recent times.

However, I was surprised that the letter did not raise an obvious question: why is the Irish National Theatre, which has an obligation to reflect Irish cultural values, currently being run by two Scotsman?

I suppose if this disconnect was simply a problem for the Abbey Theatre, the situation would not be so serious, but at this moment in time practically every national cultural institution is being managed by an outsider.

It seems that when it comes to our cultural institutions that warning experienced by our emigrants in the past still holds sway: “No Irish need apply.” – Yours, etc,

Due to an error which occurred in the editing process, a previous version of Mr Ballagh’s letter wrongly stated that the director of the National College of Art and Design was an Englishman. The error is regretted.