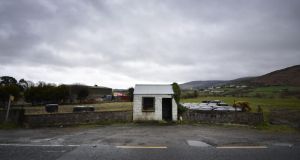 Brexit could yet prove to be tragic. Germinated from a toxic nostalgia deep in the Tory party, the Brexiteers, recognising the strictures placed upon them by parliamentary democracy, set about convincing a prime minister to commit to an in/out referendum without ever clarifying what that meant.

Then, unburdened by truth or the inconvenience of having bald assertions tested, enough people were deliberately and consciously enraged, and Brexit was born.

Three years later the no-deal blame game is upon us. What is bad for the UK is for the UK to deal with. But the problem of a no-deal Brexit is that it would affect us all. Given that the border backstop is the heart of the problem, it is critical we continue to explore whether any realistic solution is available.

The hard-border issue is far more nuanced and dangerous than it seems. It is not about cows and sheep as Brexiteers might have the world believe. It is about the past and the future; darkness and light; war and peace. No amount of technology can change that. That is why the Brexiteers’ position is disingenuous. They know that a hard border is inevitable, so the substance of their response is that we should all just ignore it.

For us in Ireland that would mean being reduced to a second-tier member of the European Union, which is anathema to our interests and can never be accepted. But the problem of the border persists and is not going away.

Exceptionally and unprecedentedly, the EU is willing to give a third country special status in the union

The Belfast Agreement was an ingenious and brilliant means of circumventing a sectarian divide that has bedevilled Northern Ireland. At its heart is the principle of consent. That consent, combined with our common membership of the EU, meant intractable and bitter division festering over centuries was smoothed and eased.

Here, perhaps, is the solution which need not represent an existential constitutional threat to the UK or to the peace process. The British want to leave the EU, so let them leave. Today’s impasse has nothing to do with money or citizens’ rights or a free-trade agreement. It is all to do with Northern Ireland and the Belfast Agreement.

This is a position that the EU has already in principle agreed to. Exceptionally and unprecedentedly, the EU is willing to give a third country special status in the union.

Look at the benefits here. First, such a move would be entirely consistent with the Belfast Agreement and with the principle of consent. It gives the people of Northern Ireland an extraordinary opportunity to place themselves in a unique position of having full access to two separate markets.

A US company wishing to establish in the EU and wanting to have access to the UK would eye Newry as the promised land.

Second, it allows the British to move on with Brexit without staring into an eternal backstop or the chaos and recrimination of a no-deal exit.

It must unequivocally not be a border poll and therefore unionists should not be threatened by it. In fact, unionists might even see it as an opportunity to strengthen a more modern union of Britain and Northern Ireland which Brexit undoubtedly weakens. What it would do is recognise the special position of Northern Ireland as uniquely linked between two unions.

There are those who would oppose this solution. The DUP campaigned for Brexit despite knowing the damage it would cause to Northern Ireland. But the majority in Northern Ireland voted to remain. Elements within republicanism may sit back believing that a UK crash-out has the potential to advance its goals.

Some Tories seem happy to risk peace to secure their goals without really having any empathy with or interest in the people of Northern Ireland. Partisan voices have been the cause of hundreds of years of troubles. But peace comes dropping slow. Like a wound left to heal, it needs time. Brexit is an act of vandalism to the peace process just like ripping a bandage prematurely from an unhealed wound. But Brexit is happening, and we must live with the consequences

By trusting in the people of Northern Ireland and in the Belfast Agreement, Brexit could be delivered without destroying the precious peace. Northern Ireland would be offered the most wonderful opportunity and it would be a matter for the people there to accept or to reject this.

This is how consent works.