League of Ireland has a gambling problem 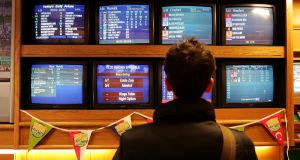 In recent weeks, the League of Ireland has been hit by allegations of match fixing and illegal betting. The Football Association of Ireland (FAI) banned two Athlone Town players for 12 months after an investigation prompted by unusual betting patterns on a game against Longford on April 29th. The FAI is also investigating the integrity of a friendly game between Bray Wanderers and Waterford held on September 8th. The Garda subsequently visited a Bray training session and questioned a number of players.

The Athlone players, forcefully supported by the Professional Footballers’ Association of Ireland (PFAI), are appealing their sanction. Bray Wanderers have made it clear that they are fully co-operating with the authorities.

For over a decade, match fixing (the manipulation of the result of a game) or spot fixing (manipulating part of a game such as the first yellow card) for illegal betting purposes has been seen as the number-one threat to the integrity of sport.

The geographical source of the threat is in the unregulated betting jurisdictions of Southeast Asia. Singaporean crime figures have, using connections in the mafia gangs of eastern Europe, rigged games at all levels of European football. Clubs have been purchased, referees have been bribed, players and their families threatened, floodlights have even been tampered with to effect fixes.

The motivating source of match fixing is, of course, money. Sport and especially football is now accompanied by a massive stock exchange of sporting odds and one that is increasingly to be found online and offshore.

Recent estimates suggest the global sports betting market is worth over $2 trillion (€1.7 trillion). Some 75 per cent of that market is on football, and 85 per cent takes place in jurisdictions such as India (on cricket) and China (on any sport) where long-standing restrictions on betting have been honoured more in breach than the observance.

The situation is exacerbated by the fact gambling has long provided an efficient means for criminal gangs to launder illicit gains. Betting on a game that has been rigged not only launders that money, it can also turn a profit.

If you were to profile a league that might be susceptible to match fixing, the League of Ireland would top that table.

Contemporary match fixers launder more than $140 billion every year through sport, sometimes using the “Dark Net” or virtual currencies. Given the amounts involved and the fact such illicit profits are being “re-invested” by match-fixing gangs into other areas of crime, international law enforcement agencies such as Interpol have begun to take notice of sport’s susceptibility to these transnational crime networks. Indeed, a specific Council of Europe convention on match manipulation exists and most countries in the EU have national anti-match-fixing platforms enabling sports bodies and crime agencies to share intelligence. And still, despite the warnings, some jurisdictions remain unprepared. Ireland is one such country. We have no national co-ordinated policy. Our gambling laws stretch back to the 1950s and, as Ministers continue to gather data on gambling problems, the Gambling Control Bill, first introduced in 2013, gathers dust. The absence of specific anti-match-fixing provisions hinders Garda investigations and the likelihood of successful prosecutions.

Moreover, if you were to profile a league that might be susceptible to match fixing, the League of Ireland would top that table.

It runs during the European summer providing Asian gambling markets with a steady stream of games during the major leagues’ off-season. That stream of games is live and widely available for Asian gamblers thanks to a four-year deal done in December 2015 by the FAI with an Austrian firm called Trackchamp (part-owned by online betting giant Bwin).

The deal has been a success, for Trackchamp at least, with reports suggesting First Division League of Ireland games are generating up to €650,000 in betting markets per game. That is an extraordinary figure for a league where the average attendance hovers around the 500 mark.

Other troubling indicators can be found in a global survey of professional footballers carried out by Fifpro, the world body for players’ associations, in 2016. Fifpro’s survey of 14,000 footballers worldwide indicated a link between poorly paid players on insecure contracts and their vulnerability to match-fixing approaches.

The survey revealed that over one-fifth of players in the League of Ireland earn less than €280 a month and three-fifths must supplement their income with a second job. Furthermore, the average contract length for a player in Ireland, at 11.5 months, was half the international average and the second-shortest in Fifpro’s global survey of 50 countries. In light of this, the sagacity of the FAI’s deal with Trackchamp (and presumably the video evidence for the Athlone Town investigation came from their live feed of the game to gamblers) must be queried. Nothing exists in Ireland to assist sports bodies with these complex fraud-like investigations.

Demand from international crime syndicates for match fixing can only generally be supplied by players on the pitch. Match-fixing investigations globally reveal many such players have in fact been acting under duress arising from personal or gambling debts.

In this, both the players and Irish football more generally is entitled to the presumption of innocence on the prevalence of match fixing, at least until current investigations are ended – most likely at the Court of Arbitration for Sport.

There is a wider issue and it is the continuing “gamblification” of sport. As pointed out by Joey Barton, banned in 2017 for betting on games in which he was a player, conflicts of interest and dependency on gambling revenues are not just on-field issues. Barton highlighted the fact that for much of the later part of his career he played in a league, the Championship, sponsored by a betting company and for a club, Burnley, whose jersey is still adorned with the name of a betting company.

Fixers may be actively trying to rig football matches but such is the proliferation of gambling sponsorship in sport that all of us who watch sport are now passive gamblers. Don’t bet on that stopping any time soon.