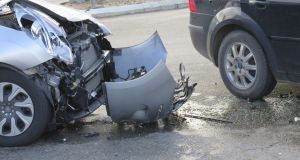 In the insurance industry’s attempts to defend the ongoing rise of motor insurance, it continues to return to a number of unfounded claims – among them that legal fees are one of the primary reasons for insurance premium price hikes.

Given that barristers’ fees have fallen 30-50 per cent since 2008, the members of the independent referral Bar of Ireland have been watching on with some bemusement.

It seems we are not alone, with a briefing document prepared for the Minister for Transport by department officials revealed in this paper (May 2nd) also highlighting their scepticism around the industry’s various claims.

In fact, as the Injuries Board has recently pointed out in its annual overview for 2015, the number of new claims submitted to the board in 2015 compared with 2014 increased by just 6 per cent. This the board noted reflected “increased economic and social activity” and was “not unexpected given there are more people at work, higher traffic volumes and higher footfall in public areas”. The average compensation award made by the board in 2015 was a modest 1 per cent increase on the average in 2014. While the total amount awarded by the High Court in personal injury cases in 2014 was an increase in the total amount awarded in 2013, this is believed to have arisen as a result of a rise in clinical negligence claims and awards in the past two years.

A number of points can be made. The first is there are very few cases which are purely whiplash injuries without other injuries and symptoms. Under our system, a person who sustains genuine personal injuries is entitled to be properly compensated for those injuries, whether by settlements entered in by insurance companies or by awards made by the Injuries Board or by the courts.

Second, in the case of awards made by the courts, these are made by judges who are independent and have no vested interest. They make awards based on what they assess to be fair and appropriate compensation. If either side is unhappy with an award, that party may appeal.

Third, while it may be that the level of damages awarded in respect of particular injuries in Ireland is greater than another jurisdiction, that is not so in respect of all types of claims. Damages for pain and suffering in catastrophic cases are capped by our courts at €450,000 whereas in Northern Ireland, England and Wales the damages in equivalent cases can be higher.

A joint working group of officials from the Departments of Finance and Transport has been established to assess a framework for motor insurance compensation, and is meeting with stakeholders. The Bar of Ireland has requested to be a part of this consultation, so we can contribute in a meaningful way to the development of an insurance compensation framework which is “comprehensive, effective, affordable and consumer-focused”.

As members of the independent Bar of Ireland, our role is to advocate on behalf of people and to assist them in accessing justice – this applies equally to injured parties and insurers. Ultimately, individuals who are injured are entitled to fair compensation, irrespective of what consequences that may have for an insurance industry, which currently finds that it is making less profit than it would like to be.