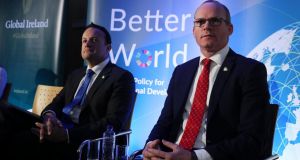 In a complex society with competitive, democratic politics and demanding popular expectations of what government can and should do for people, it must sometimes seem impossible.

If you talk to anyone who has worked in government, in a political or official capacity, you understand pretty quickly that a lot of government is not a Platonic inquiry into achieving the greatest good for the greatest number, but rather a frantic, pressurised choice between two unpleasant alternatives.

And sometimes they make it harder for themselves. In recent times we have seen several examples of where poor management by this administration has led to those alternatives being more unpleasant, and those choices being more pressurised.

Take two recent examples: the children’s hospital and the open question on the national broadband plan.

Last November, the Government was confronted with a disagreeable choice: proceed with the massively expensive project, or abandon it and start again. It was a classic government lesser-of-two-evils choice. But its roots lay in the failure to manage the escalating cost over the previous two years. In politics, such chickens tend to come home to roost at inconvenient times.

The Government is facing a similar choice on the national broadband plan, whose escalating costs were finally confirmed by the Taoiseach this week as amounting to “many multiples” of the original half a billion euro price tag. Having inexplicably not availed of the opportunity to restart the project last autumn after it was revealed that the then minister for communications Denis Naughten was in the habit of breaking bread with the sole bidder David McCourt, the Government must now decide whether to pay up, or stop the wedding. Either way, a world of political pain awaits.

A very big choice now faced by Taoiseach Leo Varadkar and the small group of people who make the decisions for the country’s future is whether they should compromise on the backstop in order to provide the British with the cover they need to pass the withdrawal treaty in the House of Commons, and so avoid the risk of a no-deal Brexit.

There are downsides either way: weakening the backstop involves not just risk for the country but would represent a climbdown by Varadkar and his Tánaiste Simon Coveney – the men who brought you the bulletproof backstop. But not compromising means the British will not pass the withdrawal agreement and though the prospect of a no-deal Brexit receded this week (the most significant week at Westminster since December), such is the febrility of British politics that no outcome can be ruled out with certainty.

It is becoming accepted at the top of Government that some sort of a move on the backstop is sensible.

This is not just because it could secure a good outcome for everyone – Ireland, the UK and the European Union – but because it would avoid the possibility of a much more acutely unpleasant choice in the future: the choice, in a no-deal scenario, whether to have checks on goods at the Border, or between Ireland and the EU.

Once the choice to compromise on the backstop is made – not yet, but soon, I expect – this all becomes a matter of choreography and substance, or to put it in the words of one person participating in these matters, question of “the what and the when”.

The “what”, or the substance, is a question of the exact nature of the change to the backstop – a protocol or codicil to the treaty (the British preference) which puts EU promises on the temporary nature of the backstop into legal commitments that could be ultimately justiciable, or some sort of standalone declaration (the Irish suggestion) which amounts to the same thing but in softer terms.

The EU and the Irish will not undermine the backstop, but they will try to make it more palatable for the British. The British, for their part, must get some concession which changes it.

The substance of these matters is not yet resolved, but both sides know what they have to do.

The “when”, or the choreography, is perhaps even more delicate. But it runs something like this: a draft text is agreed between the UK and the European Commission; British attorney general Geoffrey Cox pronounces that the backstop has changed and that on balance the UK will not be held against its will indefinitely in the backstop; fortified, the DUP acquiesces, thus unlocking most Conservative Brexiteer votes, and the House of Commons passes the deal; the European Council (ie, meeting of EU leaders) on March 21st-22nd endorses the deal; and the following week, in advance of the March 29th deadline, the European Parliament ratifies. After that, the British may require a short extension to pass relevant legislation, but then they’re out, with a deal. Phew.

Few observers evince overwhelming confidence that it will all come off as described. It requires a number of people to make leaps of faith and judgment. It requires difficult choices.

Significant doubts remain about the British government’s ability to manage its own affairs – something it has been conspicuously unable to do so far. But the visit of David Lidington, Theresa May’s effective deputy, to Dublin on Thursday was intended to offer reassurances on that point – and to request that Coveney and Varadkar don’t say anything which would undermine the British government’s ability to sell any eventual compromise. That suggests a degree of purpose and confidence not evident so far in Downing Street. Whether it is justified, we shall know soon enough.