Gideon Rachman: Facebook is the world’s most powerful adolescent

And like many teenagers, it needs to be set some rules 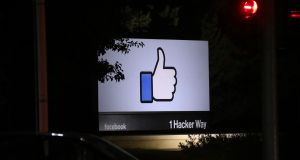 The Instagram age has given rise to a new class - the “influencers”, who persuade their followers to buy and think in certain ways. But the biggest influencer of the lot is Facebook - the company that owns Instagram, WhatsApp as well as Facebook itself. With 2.7bn users - more than a third of the world’s population - Facebook is a massive, global political force, accused of everything from tipping the 2016 US presidential election to enabling genocide in Myanmar.

Facebook’s founder Mark Zuckerberg was once reluctant to acknowledge the company’s political power - initially rejecting the idea that fake news on Facebook influenced the 2016 election as “crazy”. This attitude may have been naive or disingenuous, but it was certainly not sustainable. Facebook has become a political target - and so it has had to enter the political arena, trying to mollify legislators who fear its power.

At 35 years old, Mr Zuckerberg has proved himself to be a brilliant engineer and businessman. But now he will have to prove himself a brilliant politician. If he fails, his creation could be broken up - or find that its ambitions are increasingly thwarted and its best products regulated out of existence.

Perhaps the biggest threat to Facebook would be if governments decided to treat it as a publisher rather than a platform - making it legally liable for every lie or libel published by the company. Its sprawling headquarters in Menlo Park, California, would then be buried under a blizzard of lawsuits.

Yet government action could also be the company’s salvation. At 15 years old, Facebook is the world’s most powerful adolescent. Like many teenagers, it could benefit if adults set some limits - in particular, by regulating the way it deals with politics. The alternative is for a company with 40,000 employees to continue trying to moderate the political debates of 2.7bn people.

In its home market of the US, Facebook is under fierce attack from both sides of the political divide. The president has accused Facebook of being “always anti-Trump”, a charge echoed by prominent Republicans who claim that the company’s algorithm downplays news from rightwing sources. Facebook’s decision to de-platform some far-right commentators, such as the conspiracy theorist Alex Jones, have also sparked accusations of bias.

Meanwhile, the left accuses Facebook of blithe tolerance of lies and political manipulation - preferring to rake in profits and build user numbers than to face up to its political responsibilities. To make this argument, the senator Elizabeth Warren, a leading contender for the Democratic nomination, has deliberately placed a misleading advertisement on Facebook - claiming that Mr Zuckerberg endorsed Mr Trump for re-election. Facebook has not risen to the bait by taking it down. Last week, Mr Zuckerberg argued, “I don’t think its right for a private company to censor politicians.” This week, Facebook’s boss will be back in Washington to testify before Congress on the company’s ambitions for Libra, a digital currency, which, in the current anti-Facebook climate, is a tough sell.

These American controversies are replicated all over the world. In the UK, many Remainers believe that ads on Facebook played a nefarious role in swinging the 2016 Brexit referendum, by targeting susceptible voters with fake news about immigration.

In Asia, the company faces even more serious allegations. UN investigators in Myanmar warned that Facebook was the primary means by which hatred and mass atrocities were sparked against Rohingya Muslims - hundreds of thousands of whom were forced to flee the country. In India, lynch mobs were allegedly mobilised using WhatsApp.

Facebook is constantly having to adjust its policies and products to deal with this blizzard of complaints. It has limited the number of users to which WhatsApp messages can be forwarded, in an effort to prevent hysteria going viral. It uses external fact-checkers, aided by artificial intelligence, to search out fake news - which is then labelled and given a lower ranking. It continues to ban advocates of terrorism and hate speech. It has deleted billions of fake accounts.

But the borderline between freedom of expression and incitement to violence - and between legitimate politicians and hatemongers - is inevitably contested. To deal with disputes about what content Facebook should ban from its platform, the company is setting up an independent oversight board - which it rather grandly likens to the US Supreme Court.

The effort is interesting and serious. But it is surely beyond the capabilities of a single company to make nuanced judgments about political debate in hundreds of countries and languages. As a result, increasing intervention by governments is inevitable. China - which does not believe in free speech - has simply banned Facebook. But there are less sweeping actions that can be taken. Facebook already adheres to Germany’s laws on Holocaust-denial, for example, by geo-blocking that kind of content for Germany.

In the US, there is growing talk about breaking up the company. But while there might be an economic case for splitting it up, there would be no political justification to do so. The social media age is here to stay, with all its complications. Shutting down Facebook would not change that.