Irish Catholics are not simpletons, intolerant bigots or religious fanatics 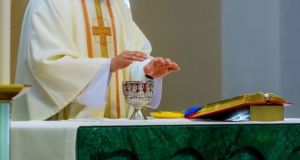 Last week, former president of UCD Students’ Union Katie Ascough claimed that, in her time at UCD, she “experienced an endemic and tangible hostility towards [her] faith from a range, if not a majority, of professors, students and, undoubtedly, the UCD Students’ Union and student societies” .

Whether or not the hostility she encountered at UCD was specifically directed against her faith, or had more to do with her unyielding pro-life stance, Ms Ascough’s perception that her faith aroused the hostility of her peers and the contempt of professors would come as little surprise to many practising Catholics in Ireland today.

Though anti-Catholicism in Ireland does not always manifest as overt hostility, many Irish Catholics, particularly those who hold to the teachings of their Church on issues such as marriage and abortion, do frequently feel dismissed, marginalised and disrespected for their moral beliefs and way of life.

Sometimes, anti-Catholic sentiment is quite overt, for example an offhand remark about Catholic “extremists”, an underhand jibe about abusive priests, or a diatribe against the Church and its simplistic, outdated beliefs. Other times, it is more subtle, eg a comment that takes for granted that no right-minded person could possibly be critical of same-sex marriage, abortion or progressive sex education.

Admittedly, not all forms of Catholicism fall foul of the new progressive orthodoxy. For instance, in many circles, it is socially acceptable to be a “social justice” Catholic, just so long as one is on board with the progressive agenda.

However, it is much less socially acceptable in today’s Ireland to actually believe what the Catholic Church teaches about marriage or the sacredness of human life. Indeed, a person who fits that description (and, based on referendum outcomes, up to a third of Irish voters are at least in the ballpark) could easily find themselves under suspicion of irrationality or bad faith.

Twitter and other social media, due to their relative anonymity, tend to amplify aggression. Therefore, social media should not be treated as entirely representative of social attitudes.

Nevertheless, they can provide a window onto the potential range that anti-Catholic sentiment may take. One does not have to follow a prominent Catholic for long to uncover a colourful range of epithets tweeted out on a regular basis by his or her more virulent critics, from “fundamentalist”, “alt right”, “bigot” and “misogynist” to “fascist”, “theocrat” and “homophobe”.

Catholics who adhere to the teachings of their Church are now one of the few remaining groups in Ireland whose most fundamental beliefs and values it is socially acceptable to treat with patronising contempt.

It seems to be socially acceptable to assert or insinuate that conservative Catholics are dim-witted or extremist and to treat Catholic opinions as infantile and outdated. But if similar treatment were meted out to members of the LGBT community, Travellers, Muslims or Jews, there would be a political and journalistic uproar.

The roots of anti-Catholicism in Ireland are complex. Undoubtedly, it is partly a backlash against the Catholic Church’s longstanding cultural hegemony, and partly an angry reaction against the manner in which a significant number of clergy betrayed the trust of the faithful in unspeakable ways.

Applying simplistic labels to our adversaries, just because we find their opinions disagreeable, tends to shut down rational debate

As a baptised Catholic, I am deeply ashamed of the institutional and personal failures of Catholics, particularly those in positions of ecclesial authority who either committed or were complicit in sexual abuse. These failures belong to the Church as a corporate body. Catholics must acknowledge this shameful history and do everything in their power to bring an end to it.

But publicly disparaging the beliefs and commitments of Catholics as regressive and irrational will do nothing to undo the abuses of the past, and is ultimately a disservice to democracy. For a sound democracy depends on the ability of citizens to extend good faith to their political opponents, engage in rational debate, and give a fair hearing to relevant perspectives, even those they disagree with.

Applying simplistic labels to our adversaries, just because we find their opinions disagreeable, tends to shut down rational debate, induce lazy conformism, and needlessly alienate large bodies of citizens from the political process.

This is exactly what happens when self-styled liberals and “progressives” label anyone who agrees with the social and moral teachings of the Catholic Church as simpletons, intolerant bigots or religious fanatics. Far from advancing the cause of social progress, they inhibit rational debate by dismissing dissenting perspectives with ad hominem judgments.

Those who vilify Catholics for their beliefs instead of engaging with their arguments on their merits are fuelling the emergence of a new category of second-class citizens whose opinions are deemed unworthy of rational engagement.

Any republic worth its salt needs a vibrant and inclusive public sphere where citizens can stand toe-to-toe, look each other in the eye and put each other’s arguments to the test, without being scoffed at or dismissed out of hand because they happen to hold moral beliefs that are not currently in vogue.

Catholics deserve a fair hearing in the public square, just like everyone else.

1 Restarting Ireland: When and how will we ‘get back to normal’?
2 What is Houseparty, the app everyone’s talking about – and not in a good way?
3 Tuberculosis vaccine ‘potential game-changer’ in Covid-19 fight
4 Coronavirus lockdown steps could remain into winter, says expert
5 Mary Lou McDonald: This crisis shows that Sinn Féin was right
Real news has value SUBSCRIBE