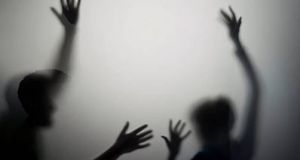 Partner violence is a serious and pervasive social problem that warrants critical attention and a robust response from the criminal justice system. One must not be pitted against the other. Photograph: Getty Images

Caroline Flack’s suicide ahead of her trial for assaulting her partner Lewis Burton raises several salient questions, including whether or not the crown prosecution service (CPS) should have proceeded with the case under the circumstances.

Following her tragic death the focus of attention has shifted from Flack as a perpetrator of domestic violence – specifically intimate partner violence – to her victimisation by the tabloid media.

When a narrative undergoes such a significant shift from one end of the spectrum to the opposite end, nuance and rationale are sacrificed. As such it is important to locate the middle ground.

Without a doubt there is a need for a critical examination of tabloid media’s framing of contentious issues, “trial by media” and the abuse that inevitably follows on online platforms.

It is also important to highlight the stark difference between the reporting of domestic and sexual violence charges based on the gender of the alleged perpetrator.

Acknowledging partner violence perpetrated against men is essential. However, it should not be at the expense of our understanding of the gendered issues underlying this pervasive social issue. Women represent the majority of partner violence survivors, while men are predominantly the perpetrators because of society’s traditional ideals of masculinity that promote dominance and male entitlement.

Traditional ideals of femininity also underpin the media coverage of alleged female perpetrators of abuse, precisely because such ideals (caring, nurturing etc) preclude women’s use of violence. Such cases make for “attention-grabbing” headlines.

Yet ultimately the issue here centres on the crime of partner violence and the criminal justice system. Claiming that a “show trial” was being pursued, many individuals have criticised the CPS. This argument focuses on Flack’s vulnerability and mental ill-health, particularly in relation to her self-harm following the alleged assault.

While these issues are undoubtedly important, and potentially warranted some level of CPS support, they do not lead to, or excuse, abusive behaviour.

Indeed, the use of self-harm and threats of suicide to further control victims of partner violence is well documented. The charge of assault while her partner Lewis slept following Flack’s discovery of text messages that triggered jealousy are indicative of such control.

Another argument underpinning criticism of the CPS involves the fact that Lewis, the alleged victim, did not want to press charges.

It is, unfortunately, common for victims of partner violence to call the police when abuse occurs and then decide not to press charges, often out of fear or the hope that their partner will change.

Given this well-established knowledge and the need to better address the pervasive nature of partner violence, the CPS can now pursue a case without the victim’s testimony. As such, the CPS proceeded with the evidence it had. This was its legal duty.

Victims of abuse are routinely silenced by control, by fear. This is why their testimony is no longer a prerequisite for prosecution in the UK

It is important to recall that when charged with assault, Flack pleaded “not guilty”. Indeed, it has been reported that she described the incident as an accident. Given the circumstances that led to the evidence gathered, pursuit of an assault charge and reporting by the media (though not vilification) was in the public interest.

And so we arrive back at the age-old debate about the public versus private divide. Some commentators have described the incident in December 2019 as a drunken argument between a loving couple, thus arguing that it was, and should have remained, private.

Feminists have fought long and hard to have all forms of domestic violence acknowledged as a public issue, not a private family matter.

They have also worked tirelessly for improved criminal justice procedures that address the impunity perpetrators of partner violence often enjoy.

Social media and online bullying are reprehensible regardless of the issue involved. However, partner violence is a serious and pervasive social problem that warrants critical attention and a robust response from the criminal justice system. One must not be pitted against the other.

With regard to Flack’s case, we must locate the middle ground – criticism of “trial by media” while acknowledging the need for the assault charge to be pursued.

Victims of abuse are routinely silenced by control, by fear. This is why their testimony is no longer a prerequisite for prosecution in the UK.

Some may not agree with this procedure as it raises questions about the “victim’s” autonomy. However, that is a different argument.

The law is in place and the CPS must act accordingly. In addition, while the type of media coverage is critical, silencing is never the answer. We must find a way to discuss the issues in all of their complexity.

Caroline Forde is a postdoctoral researcher in the Centre for Global Women’s Studies, NUI Galway