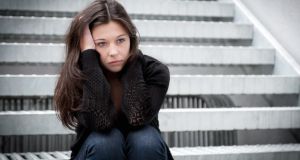 ‘The majority of people who use IVF in Ireland do not use donor eggs or sperm, but this Bill normalises and reinforces the idea that it is fine to do so, so long as you give the child some meagre information when they turn 18.’ Photograph: Getty Images

Here’s a question. Is it the job of government to reflect reality, or where it is deficient, attempt to improve on it? Let’s apply the test to child poverty.

Is it the Government’s job to reflect the reality that lots of children in this country live in appalling poverty, to reinforce that reality, and to mandate policies that will create more child poverty?

There is a constant establishment mantra that the way we form families in Ireland has changed, and that the Government’s task is to reflect the new realities.

But in relation to assisted human reproduction (AHR) the failure to ban egg and sperm donation means these ways of family formation will be normalised, and more and more children will be brought into the world in a way deliberately designed to separate them from either their mother, their father, or both.

Remember baby Gammy, the child born in Thailand with Down syndrome who was rejected in favour of his ‘normal’ twin by the commissioning couple, one of whom had abused children?

At the same time in Britain, in an altruistic arrangement, Amy, a baby girl who had congenital myotonic dystrophy was rejected in favour of a ‘normal’ twin, because her parents did not want a “dribbling cabbage” for a daughter.

Furthermore, in relation to other forms of AHR, the Children and Family Relationships Bill does not merely reflect reality. The majority of people who use IVF in Ireland do not use donor eggs or sperm, but this Bill normalises and reinforces the idea that it is fine to do so, as long as you give the child some meagre information when they turn 18.

Giving this information is supposed to be progressive and to solve all problems. We forget the visceral longing, grief and despair felt by mothers and children separated, often involuntarily, by adoption.

But it is, apparently, fine for children to be denied their genetic heritage and kinship networks through “modern means of family formation”.

In a recent case in France, two girls were mixed up in a hospital. They each went to loving families. Nonetheless, enormous devastation ensued. One of the girls, Manon, declared that the mistake in the clinic “took my innocence away. They took away my dreams, my hopes, my desire to have children”.

Love was not enough.

The message this conveys to people conceived this way is to stop protesting: you should be grateful to be alive at all.

Dr Joanna Rose was conceived through sperm donation, and took a human rights case which forced the UK government to ban anonymous egg and sperm donation.

When I put Mr Shatter’s comment to her, Dr Rose replied, “The bit that riles me most is the claim that we ‘wouldn’t currently be human beings’ if it weren’t for the ‘assistance of that procedure’.

“My human rights test case demonstrates that methods of conception can produce people whose human rights are infringed . . . The [former] minister fails to understand there are responsible and irresponsible forms of reproduction, and ways of producing life that dehumanise the humans created. We are treated like battery animals otherwise, bred for a purpose . . . with no real interest in protecting our human rights, genetic relationships and identities.”

There are undoubtedly some good aspects to the Children and Family Relationships Bill, but we are becoming such a monolithic, repressive culture that the only criticism permitted of either this or Varadkar’s proposed surrogacy Bill is that they were not introduced faster.

That it is better, where possible, for a child to be raised by her own mother and father, is now derided as an idea out of touch with modern reality.

Of course circumstances can prevent this happening, including the early death of a mother or father. But that is a loss, and we admire those who manage, often through the remaining parent’s heroic efforts, to survive and thrive despite that loss.

We don’t use those tragic circumstances as a justification to create situations where, with the blessing of the State, children will be deliberately deprived of the love and knowledge of a parent.

Or at least, until this Bill, we didn’t.