Expression of anti-Semitism must be made taboo

Definitions of racism against Jews get lost in semantics. We need a policy of zero tolerance 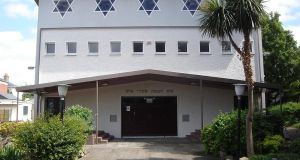 Casual racism doesn’t exist; for the victim, the impact is never casual.

As the Jerusalem Declaration on Anti-Semitism is published by an international group of 200 scholars, does a new set of written guidelines help or hinder the fight against anti-Semitism? Is anti-Semitism different from other forms of racism and what measures might be taken to stem an alarming rise in attacks over the last six years?

The Jerusalem Declaration arose in response to the “Working Definition’ published by the International Holocaust Remembrance Alliance (IHRA) in 2016. IHRA is a thirty-five member inter-governmental body headquartered in Berlin whose main mission is to educate on the Holocaust, protect key sites of atrocities and combat anti-Semitism. Ireland is a member.

IHRA’s definition courts most controversy in seven out of its 11 examples which attempt to define how criticism of Israel, in some cases, can be deemed to be anti-Semitic. For example: “Accusing the Jews as a people, or Israel as a state, of inventing or exaggerating the Holocaust.”

The Jerusalem Declaration goes into more detail and defines what may and may not be considered anti-Semitic, on face value. One example states that “Boycott, divestment and sanctions are commonplace, non-violent forms of political protest against states. In the Israeli case they are not, in and of themselves, anti-Semitic.”

While the Jerusalem Declaration is undoubtedly more detailed and, in my opinion, a better attempt to offer a comprehensive definition, neither document has any legal standing. I fear the new declaration will not prevent further exploitation of the IHRA definition for political gain, two examples of which loomed large recently. The sorry handling of complaints of anti-Semitism in the Labour Party in the UK under the leadership of Jeremy Corbyn led to the reluctant acceptance of the IHRA definition as part of Labour’s commitment to root out anti-Semitism in the party. More recently, Gavin Williamson, the current UK education minister has been “encouraging” universities in Britain to accept the IHRA definition.

How to say ‘never again’ and mean it VIEW NOW

Many see the adoption of the IHRA definition by institutions and nations as a common sense, unified approach to combatting anti-Semitism and a show of solidarity with Jews. Alas, it’s not that simple. Labour’s initial hesitation was born out of deep unease within the hard left with the optics of appeasing Israel, in their view. Here, the IHRA definition was used as a political cudgel to beat Labour by its opponents and did not help Labour resolve its issues. In the UK, universities see overreach by a government minister meddling with freedom of speech. In any case, IHRA’s examples are all conditional and never intended to be more than a metric for governments to measure the level of anti-Semitism in their societies.

In his new book, Jews Don’t Count, the British-Jewish comedian David Baddiel brilliantly describes contemporary anti-Semitism, its protean nature and how it is shackled to the legacy of the Holocaust. Baddiel explains the duality of anti-Semitism that differentiates it from other forms of racism. The Jew is cast as the evil omnipotent overlord controlling finance, media and government policy while simultaneously being the parasitic, disloyal vermin at the bottom of society, language manipulated and promoted by Josef Goebbels in Nazi Germany. Baddiel, like me, is not a fan of written definitions of anti-Semitism beyond the prosaic, “discrimination, prejudice and/or hatred of Jews because of their identity”.

One important distinction in the Jerusalem Declaration is the crux of defining this mercurial form of racism. The fourth paragraph ends: “In many cases, identifying coded speech is a matter of context and judgment, taking account of these guidelines.” The following examples highlight anti-Semitic comments, not covered by the IHRA definition that would have been flagged by the Jerusalem Declaration:

In 2014, the year of Israel’s third incursion into Gaza, Respect party MP George Galloway, a staunch supporter of the Boycott, Divestment, Sanctions (BDS) movement, publicly declared that not only were Israeli academics not to visit his Bradford West constituency, no Israelis were welcome. Galloway is a devoted supporter of the Palestinians, 1.8 million of whom live within the borders of Israel by choice, all of whom would surely be welcome in Yorkshire. What Galloway meant was Israeli Jews, regardless of their political affiliations. If he is discriminating against these Israelis because they are Jewish, that’s anti-Semitism.

In 2018, Ken Livingstone, former mayor of London and long-time ally of Galloway, suggested that Hitler was a Zionist by deliberately eliding a short-lived Nazi policy of seeking to deport Jews to Palestine in the 1930s with the Zionist movement of Theodor Herzl that sought a homeland for the Jews in the land of Israel. In 1981, during the Hunger Strikes, Livingstone claimed that the prisoners in the Maze were treated worse than the Jews in the Warsaw Ghetto. The IRA prisoners were volunteers. None of the Jews elected to be in the ghetto. Why did Livingstone choose this analogy? Why the Jews, whose only crime (under Nazi occupation) was being Jewish? The IRA prisoners had committed serious crimes, were tried and convicted; a false equivalence that’s not complicated to understand. What Livingstone has done, in both cases, is to dilute the gravity of the Holocaust, attempt to disenfranchise the Jews from their suffering and distort historical truth, in coded language.

What Livingstone has done is to dilute the gravity of the Holocaust, attempt to disenfranchise the Jews from their suffering and distort historical truth

Neither of these official definitions can act as a vaccination certificate, giving its adherents protection against future accusations of anti-Semitism. Jews are famous for disagreeing with each other but arguing about the definition of anti-Semitism is no joke. If governments really want to combat anti-Semitism, they need to introduce a policy of zero tolerance.

In a sense, casual racism doesn’t exist; for the victim, the impact is never casual. If it is totally unacceptable to make comments about any other ethnic or gender minority, the same must be true about Jews. A change in culture will only come when leaders in education, churches, mosques, workplaces and all social interfaces make all expressions of anti-Semitism taboo. Social media, the single largest contributor to the spread of anti-Semitism needs major regulation. The Jews are no different from anyone else. Just like you, we’d really like most to be left alone.