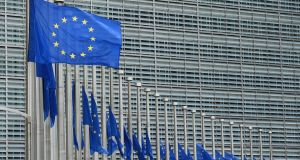 As taxpayers in Ireland and in many other jurisdictions come to grips with the European Commission’s decision on alleged state aid to Apple, there has been a lot of misleading information and ill-informed opinion about the issue. I will try to give a somewhat different perspective which I hope will put the commission’s decision into a better context.

While a definitive assessment, if any, cannot be made until the redacted text of the 150-page commission’s decision is to hand, a letter dated June 11th, 2014, sent by the commission to the Irish Government, sets out the grounds for the state aid investigation.

The first assertion is that the commission acted ultra vires, ie its investigation went beyond its regulatory powers. Not so. The European Commission has had core competence under EU treaties (since the 1951 treaty establishing the European Coal and Steel Community) and EU regulations to investigate alleged breaches of state aid that confer a competitive advantage on one or more undertakings.

For example, in October 2015, the commission concluded that Luxembourg and the Netherlands had granted selected tax advantages to Fiat and Starbucks, respectively. In January 2016, the commission concluded that selective tax advantages granted by Belgium to at least 35 multinationals, mainly from the EU, under its “excess profit” tax scheme, were illegal under state aid rules and that €700 million in taxes should be recovered. The commission is also investigating two Luxembourg cases involving Amazon and McDonald’s.

There is also the argument that the commission should not apply retrospective rules as this would affect multinationals’ investment decisions. Not so. Article 15 of EU regulation number 659/1999 on the procedural rules involving state aid gives the commission powers to seek the recovery of state aid over a period of 10 years, which in this case begins 10 years prior to 2013, when the commission first requested information from Ireland.

To give assurance to inward investors the Government might be mindful to publish a ruling from the commission in December 1997 that clearly indicated that Ireland’s single rate of corporate tax was a general measure under EU state aid rules and was therefore entirely legal and consistent with EU competition policy.

In reality, Ireland could reduce its standard rate of corporate taxation provided it applies to all sectors of the economy. It is worrying that Ireland still feels insecure about this “threat” to the 12.5 per cent rate. If the Government had courage, it should drop the rate forthwith to 10 per cent. If the Germans and the French complain, they might be asked when they intend to abolish the €53 billion in subsidies (including €18 billion in tax reliefs) they give to their indigenous companies every year.

There was also some surprise that the commission chose to issue the Apple decision in a rushed and ill-considered manner. Not so. Ireland and other member states agreed in October 2015 to exchange information on tax rulings and to deter from using tax rulings as an instrument of tax abuse. It is reported that some 1,000 rulings from 23 member states have been identified.

In addition, Ireland has signed up to a series of EU measures to tackle certain loopholes in national laws that allow corporate tax avoidance to take place and to the principle that all companies must pay tax where they make their profits.

Ecofin ministers’ conclusions on May 25th, 2016 on aggressive tax planning are a clear statement of policy intent. All this builds on the 1997 code of conduct for business taxation promoted by the Irish presidency of the day.

Several politicians have spoken in alarmist terms about the European Commission’s decision being a serious encroachment of Ireland’s sovereignty. Sovereign Ireland gave the commission the legal powers it is using. The people voted for the treaties the commission relies upon for its actions. Sovereign Ireland should rebut the economic and legal arguments made on the basis of evidence, not rhetoric. Shooting the messenger displays an acute lack of understanding of the commission’s role.

The commission makes the point that Revenue negotiated its rulings based on proposals submitted by Apple and did not base them on a predetermined economic methodology and, in fact, an arbitrary mark-up attributable to manufacturing activity only was covered.

Furthermore, the commission believes the rulings run counter to the (non-binding) OECD transfer pricing guidelines that deal with the arm’s length pricing of transactions and profit allocation between companies of the same corporate group. This is a critical legal issue as the ECJ has already ruled that intra-group transfers not complying with the arm’s length principle can provide a selective advantage to the company concerned.

What next? Under EU state aid rules Ireland has no option and must recover the aid from Apple plus interest. It is a matter for Ireland to find out from the tax authorities in other jurisdictions if they have a claim to part of the €13 billion.

In addition, Ireland needs to calculate how much of this pre-2014 quantum represents tax due to the Irish exchequer, not least because the commission has confirmed that such a windfall gain can be spent on productive investment.

Finally, as Ireland proceeds with an appeal (as it should do), the cases involving Belgium, Luxembourg and the Netherlands should be assessed. In fact, the ECJ is likely to decide on these cases before it rules on Ireland’s appeal. A clear-cut ruling is important for the credibility of Ireland’s FDI effort.

Apple set aside a provision in its accounts in anticipation of the commission’s decision. This suggests that the company (if not the Irish Government) anticipated a negative ruling.