Time to get serious after EPA report 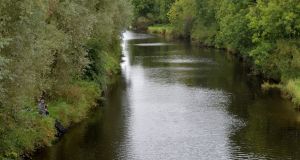 Water quality has deteriorated in many Irish rivers and lakes. Photograph: Alan Betson / The Irish Times

There has been a slow but catastrophic decline in the quality of water in our lakes, rivers and estuaries. The number of water systems that qualify as “pristine” has fallen from 500 to just 21 within 30 years, according to the Environmental Protection Agency (EPA), and the collapse continues. This is not a natural disaster: it is man-made and, as such, can be reversed if the political will exists to do so.

Governments have paid lip service to protecting the environment. But their policies, designed to encourage agricultural production and fertiliser usage, have conspired to damage water quality. At the same time, action to address global warming with its attendant storms and flooding – by limiting carbon emissions – has been inadequate. Rather than confront the causes of these unwelcome developments, efforts are being made to tackle the consequences. It is a crazy, head-in-the-sand approach.

Even when official targets are set to protect and improve water quality, they are not met. Some years ago river basin catchments were established to provide a joined-up approach, following threats by the European Commission to impose large fines because of the damage being caused by fertiliser and slurry-spreading, along with urban wastewater discharges. As public consultation on a follow-up plan closed this week, however, the EPA acknowledged the first scheme had failed to meet its objectives.

Much of the blame for deteriorating water quality can be laid at the door of intensive beef and dairy farmers and their past successes in lobbying against the strict implementation of the EU Nitrates Directive, involving stocking levels and slurry spreading. It is true that the number of badly polluted waterways fell in the six years to 2015, because of investment in urban wastewater plants. But raw sewage is still discharged at 43 locations, which is unacceptable.

Upgrading sewage plants will help, but will not reverse, the damage being caused. At present, water in 43 per cent of our rivers is neither “good” nor “high quality”. More than half of our lakes fail that test and estuaries are in particularly poor shape. Actions suggested in the Government’s draft river basin plan are aspirational. It talks about improving water quality in more than 600 rivers by 2021, but concedes that – because of unanticipated problems – success may only be achieved in one-quarter of those.

Consultation with various stakeholders is the favoured approach.

Over the next four years, some 27,000 farmers will be invited to participate in a “knowledge transfer programme”designed to improve agricultural practices and limit pollution. Action on wastewater discharges, septic tanks, peat cutting, bog rehabilitation and forestry is also promised. It sounds depressingly familiar.

1 Housing crisis: Seven solutions to Ireland’s biggest problem
2 Owen Doyle: Creeping professionalism of schools rugby a threat to the game
3 Asylum claims by Georgians and Albanians brought to abrupt halt
4 Snow on the way as Ireland’s weather set to turn colder
5 Cosgrave should give his speech to Web Summit’s partners in Saudi Arabia
Real news has value SUBSCRIBE