The Irish Times view on the Irish short story: voice of a covert people 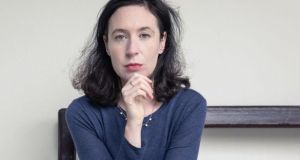 Irish writers’ pre-eminence in the short story form was reasserted this week when Niamh Campbell became the second Irish author in succession to win the world’s richest short story prize, the Sunday Times Audible Short Story Award, following Danielle McLaughlin’s success last year. Kevin Barry, who won the award in 2012, has arguably done more than any other contemporary writer to re-energise the form. His third collection is eagerly awaited.

Also this autumn, Sinéad Gleeson will publish her third major anthology of Irish short stories, The Art of the Glimpse, an ambitious collection of no fewer than 100 stories. She aims to redefine the tradition by championing neglected women and promoting the best contemporary writers.

While many writers are as devoted to stories as to novels, publishers find the latter more profitable. The genre, therefore, has always needed champions, such as New Irish Writing’s David Marcus and Ciaran Carty and the Stinging Fly’s Declan Meade.

The Irish Times’s own tradition of celebrating the short story continues with our summer series starting on June 30th.

Ireland’s strength in the short story is often attributed to its oral tradition. Conversely, Claire Keegan considers the Irish “a covert people”, whose untold stories find an outlet in short fiction. While William Carleton is regarded as its earliest Irish exponent, its 20th-century prominence began with George Moore and peaked early with James Joyce’s Dubliners. Its final story, The Dead, along with Frank O’Connor’s Guests of the Nation and Keegan’s Foster, are classics of the genre.

O’Connor and Seán O’Faolain not only wrote great stories but sought to define the art. “There is in the short story at its most characteristic something we don’t often find in the novel,” wrote O’Connor, “an intense awareness of human loneliness”, while what O’Faoláin liked was “punch and poetry”. For Anne Enright, “the tension is always between the beauty of the poem and the felt life of the novel form”.

1 ‘It was pitch black’ - Rescued teenager describes night afloat with her cousin in Galway Bay
2 Inside Meghan and Harry’s broken relationship with the royal family
3 Anne Doyle: ‘Depression? I know what it is, and it’s a b*tch’
4 David McWilliams: It is time for a major property reset
5 Inside the O’Brien Fine Foods factory in lockdown Kildare
Real news has value SUBSCRIBE