The Irish Times view on ex-prisoners’ prospects: in need of a fresh start 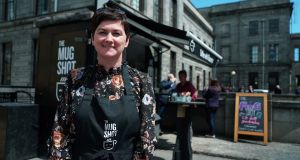 The difficulties facing men and women in securing employment on their release from prison are very great. Many come from disadvantaged environments with few jobs and poor education facilities. Drugs, drink and peer pressure may have led to criminal convictions. But they deserve an opportunity to make a fresh start and break with their past mistakes. Most are not getting it.

Reports by visiting committees to Irish prisons have consistently reported that training and educational opportunities are inadequate. The latest ones, from the Midlands and Wheatfield prisons, speak of a shortage of staff to operate workshops and inadequate supports for prisoners following their release. There is nothing new there. But the situation is worse in Mountjoy jail where, because of a fear of gang violence and a shortage of prison officers, only one in six prisoners avails of training facilities. Those basic failings must be addressed.

Some progress has been made by State and voluntary agencies during recent years in providing support for prisoners on their release. And Minister for Rural and Community Development Michael Ring has spoken of formulating a national social enterprise policy. At present, Solas – a further education and training authority – and PACE (prisoner aid through community effort) provide a network of supports and, in some instances, jobs. But more needs to be done at all levels.

A survey by Solas found that a majority of employers would “consider” hiring a former prisoner and a similar percentage of employees would not mind working alongside an ex-prisoner. But those positive responses are not reflected by the experiences of 81 per cent of former inmates who believe their past influences their job prospects. Last year, 8,500 Dublin-based prisoners took part in Solas-funded educational programmes but only 35 per cent got jobs. There is a clear need for a bottom-up approach where, as in the UK, former prisoners undergo training for existing jobs in a social enterprise environment. That way, the stigma attached to prison life may also be addressed.