The Irish Times view on Covid-19 crisis: a spotlight on official failings 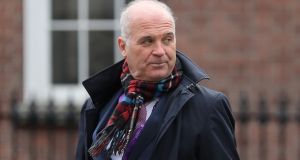 Just last Thursday, the National Public Health Emergency Team (NPHET) noted that, while the trajectory of Covid-19 was of concern, “the current epidemiological data does not strongly support a move to Level 3 nationally at this time”. So it came as something of a shock when, three days later, the same body recommended to Government that the whole country should be moved to Level 5 of the “Living with Covid” framework. That would, with some exceptions, in effect reinstate the nationwide lockdown that brought the State to a standstill for 12 weeks in the spring.

NPHET’s recommendation on Sunday evening caused consternation in Government and among the public. That was understandable, given that so little had been done to prepare the ground for it. NPHET pointed to a series of indicators, all of which are going in the wrong direction. The 14-day incidence in over-65s is seeing a sustained increase. There are now 31 open outbreaks in nursing homes. The rate of admissions to hospital and to intensive care units is increasing, and the average number of deaths notified per day has risen to three. Those trends are of real concern, and it’s clear that more must be done to arrest the spread of the disease in the community.

It’s also not difficult to see the rationale behind NPHET’s advice: by deploying a “circuit-breaker” lockdown for four weeks, the chains of transmission could be cleanly broken and the steadily building pressure on our hospitals would ease.

For the Government, however, that would bring several major problems. First, it would inflict further severe economic damage, putting hundreds of thousands of people out of work while dealing a heavy blow to public morale. Second, it would undermine the key plank of Government messaging on the crisis, which is that lockdowns can be avoided through the use of graduated restriction levels. Announcing that most of the country had to leap from Level 2 to Level 5 overnight put the value of the entire system in question. But the biggest problem for the Government now is that, even though it has rejected NPHET’s call for Level 5 restrictions, the gravity of the situation has turned the focus on its own failures in allowing us to reach this point.

Why are we still in a position, having had months to prepare, where there are only 38 intensive care beds available in the country? Why has our test-and-trace system, which we were assured would hunt down and intercept the virus before it became rampant again, failed to do just that? How have we arrived at a point where 22 Covid cases in ICU is enough to shut down the country? Why is the disease again getting into congregated settings despite all the lessons of the spring? These are the questions that go to the heart of our current crisis, and it is the Government that must answer them.