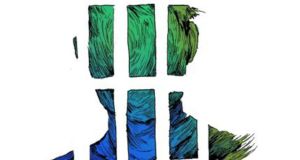 Ultimately, sexual harassment is about power. Power buys the perpetrator the silence of the victim. At least until now it has. Illustration: Dearbhla Kelly

If you were surprised by the rush of sexual harassment claims that has rippled from the United States to Britain, France, Ireland and elsewhere since the downfall of Harvey Weinstein, you’re probably a man – and an inattentive one, at that. The individual accounts of harassment shared by many brave women in the past week have been devastating, certainly, but together they paint a picture that will be familiar to virtually all women. The lewd remark in the workplace. The lingering gaze or the wandering hand. The off-colour aside. The groper, the grabber, the whistler, the boor. Every day, in every walk of life, women live with, and learn to normalise, endemic patterns of inappropriate behaviour designed squarely to put them in their place.

Claims that the current discussion will reduce ad absurdum the space for permissible innocent sexual conduct between adults are overdone. There is a spectrum of sexual conduct, and on that spectrum is a line – one that may be difficult to define but one that any sensible, sentient adult should intuitively understand.

Each new account has given weight to an impression – a hope – that a reckoning is finally under way. If so, it has only begun

Ultimately, sexual harassment is about power. The harasser thrives in environments where men are in control, which is why it’s no accident that many of the claims ventilated in public this week centre on politics and entertainment. Power buys the perpetrator the silence of the victim. At least until now it has. Women have long feared that to speak up is to risk exclusion, ridicule or disbelief. Some of the most powerful women in Hollywood for years feared speaking up against Weinstein’s appalling behaviour. How difficult must it be for women who enjoy neither fame nor wealth to break their silence? But, to their great credit, break it they have. Each new account has given weight to an impression – a hope – that a reckoning is finally under way. If so, it has only begun. It would be absurd to think the problem does not go much wider than politics or the arts. This weekend, men who mistreat, degrade and harass women will sleep a little less easily. Good.

This is a moment the authorities must not waste. Policy decisions must be informed by facts and numbers; we need hard data on the prevalence of sexual harassment and violence in the workplace. Employers must be compelled to have clear sexual harassment policies, to offer training and put in place systems through which inappropriate behaviour can be safely reported.

Men have a particular responsibility. Not all men are harassers, needless to say, but virtually all serial sexual harassers are men. A social problem that runs this deep can only be addressed by driving home to boys from an early age where that line of acceptable behaviour stands, and why it’s so important to stand up and challenge peers, colleagues and friends who cross that line. If women are to feel safe, in other words, men must speak up.