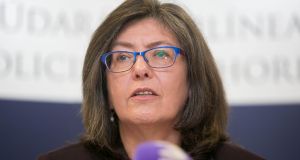 For discipline and honesty to thrive in any organisation, there must be consequences for unethical or obstructive behaviour. That is the approach being taken by Policing Authority chairwoman Josephine Feehily in response to deliberately inflated breath-testing figures within the Garda Síochána. Previous governments, ministers for justice and opposition parties wailed about the need for cultural change as a succession of scandals battered the force, but Feehily appears determined to do something about it.

You don’t mess with the Revenue Commissioners. If something has to be done efficiently, such as introducing a new property tax, give them the job. As former Revenue chairwoman, Feehily oversaw that difficult exercise. Appointed to the Policing Authority, she set her sights on Garda reform. It has been difficult. The breath-testing controversy, however, has offered an opportunity to demand greater discipline and accountability.

The initiation of proceedings against those rank-and-file gardaí who had not just exaggerated the number of breath tests, but had fabricated imaginary checkpoints, did not satisfy. Feehily went up the chain of command and formally asked Acting Garda Commissioner Dónall Ó Cualáin what he intended to do about the 14 chief superintendents who had ignored requests from headquarters to investigate the inflated figures. He should “reflect” on this widespread failure, she said, before bringing his plan for disciplinary action to the Policing Authority later this month.

It was not the kind of language senior gardaí have come to expect. But in a command-and-control organisation like the Garda, failure by half of its divisional commanders to co-operate with a formal investigation represented dangerous defiance. Garda behaviour at all levels concerning the breath tests had been dishonest, endemic and unethical and there was, Feehily declared, need for a meaningful performance-management system involving assessments of individual gardaí. Further civilianisation was also required.

This challenging approach was prompted by a report that found the number of false tests was at least 400,000 more than previously suggested. It identified implicit pressure from senior officers to inflate figures and noted a lack of frontline supervisors. Feehily queried why nobody in senior management had questioned rising breath test numbers at a time of reduced funding and cuts in overtime.

On the basis of this no-nonsense approach, Ms Feehily would appear to have the appetite to promote necessary reforms and good governance. She will require the co-operation of Garda management and Department of Justice officials, along with unconditional support from Government and Opposition parties. The process will not be quick or easy and, unfortunately, past experience does not bode well.