Do the public have a responsibility to pay for online news?

Young people most likely to pay for online news in Ireland, report finds 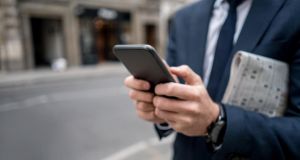 When asked why they do not pay for online news, 53 per cent of Irish respondents say it is because news is available for free and 25 per cent believe it is not worth paying for. Photograph: Getty Images

If we take seriously the idea that journalism is essential for democracy then we need to challenge public attitudes towards paying for online news. Currently, online news media operate in a deeply paradoxical environment: there is widespread interest in news, but large numbers of people are unwilling to pay for it.

This issue is important as journalism, and the democratic accountability it provides, is under attack across the world. Led by US president Donald Trump, the work of journalists is increasingly undermined by creeping authoritarianism, regressive legal measures, and a “post-truth” culture of misinformation.

Finding a sustainable funding model for journalism is a vital part of the effort to protect media freedom. After all, quality journalism cannot survive without the financial resources to conduct investigations, fight legal cases, and pay the salaries of journalists.

Current efforts to address the funding issue primarily focus on the failures and responsibilities of technology companies, news outlets, and governments.

Less attention is given to the public’s responsibility towards journalism; particularly, the responsibility to pay for the online journalism it consumes. Aside from debates that arise over the television licence fee, audiences are rarely asked to think about the funding of news media.

In part, this is because the relationship between news media, audiences, and advertising was relatively secure before the advent of the web. To find out what was happening, people had to buy newspapers, listen to the radio, or watch television at a specific time. The news media then sold advertising space based on the size of their audiences and this advertising money covered the costs of news production.

Digital technologies destabilised this simple economic model. The news media lost their monopoly on information, previously stable audiences spread out across new online sources, and advertising revenue fell sharply. No one in the news industry has figured out how to make this new reality work.

The 2017 Oxford Reuters Digital News Report reveals the extent of the audience payment gap in Ireland and other English-speaking countries. Irish interest in news is consistently high and 66 per cent rely on online media as key sources of news. Yet, payment for online news has increased only marginally over the last three years, reaching 10 per cent in 2017. This places Ireland in line with the international findings which reveal that, on average, only 13 per cent pay for online news.

In part, this reluctance to pay stems from the culture of free content that pervades online. Why pay when a vast amount of information is still accessible for free? When asked why they do not pay for online news, 53 per cent of Irish respondents say it is because news is available for free and 25 per cent believe it is not worth paying for.

The highly competitive nature of online English-language market compounds the problem as Irish news media are left to compete with all the other English language news outlets. Levels of payment for online news are low in all English-speaking countries; the UK remains the lowest at 6 per cent.

With so few people willing to pay for news, advertising is a key alternative revenue source for news media. However, this fragmented market is also beset with problems. Online advertising generates far less revenue than traditional offline advertising and 56 per cent of Irish respondents find adverts on news sites intrusive. Among the 36 countries surveyed, Ireland has one of the highest rates of ad-blocker penetration at 29 per cent.

However, there are some positive signs. In the US, Trump has prompted a greater commitment to quality news media. The so called “Trump bump” is reflected in a seven percentage-point increase in online subscriptions and a three-fold increase in donations to news outlets. Moreover, 29 per cent of those who pay for online news in the US do so because they want to help fund journalism. A desire to fund journalism is found among 18 per cent of Irish respondents, which is relatively positive when compared with the 13 per cent international average.

Perhaps the most positive sign in the digital news report is that most new payments, particularly in the US, come from younger age-groups. In Ireland, the 18-24 and 25-34 age groups are most likely to pay for online news, at 12 per cent and 13 per cent respectively. Although the numbers paying are still low, this runs contrary to expectations that younger cohorts are unwilling to pay for online content. Despite growing up with free online entertainment, younger age-groups have developed the habit of paying for some media. In part, this may be because the creative industries have successfully, and somewhat aggressively, asserted their right to be paid for content they produce. The question now is whether news media can make the same case and whether the “Trump bump” is a temporary response to an extraordinary year or a lasting trend.

In response to Trump, the Washington Post’s new slogan reminds readers that “democracy dies in darkness”. A less dramatic message might suffice elsewhere: journalism is a vital service and we have a shared responsibility to pay for it.