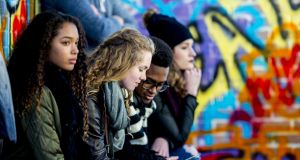 The annual hullabaloo about RTÉ presenters’ salaries focuses attention on the licence fee. In this system, a captured audience is obliged to pay a fee to an organisation, whether it uses the service of not. Irish citizens risk jail if they don’t stump up to pay the salaries of these presenters. It seems quite anachronistic.

Unlike the BBC, RTÉ also raises private advertising revenue. Some justify this fee on grounds of culture, others don’t. Economically, this arrangement is a form of capitalism, “rentier capitalism”, prevalent in Ireland, where anointed organisations are preferred and are allowed to operate in a grey area – half public, half private – where budgets are soft, the market is captured and over-runs are common.

9 Covid-19: Mandatory hotel quarantine system could be running in a week

10 ‘Do I have to do everything around here?’ Irish women and the ‘invisible job’

12 Ken Early: Klopp all at sea as Liverpool continue to flounder

14 Colin Farrell: ‘After 20 years of drinking the way I drank, the sober world is pretty scary’

15 Covid-19: Vaccination for those aged 16-69 with serious illnesses ‘will start this week’, says HSE

16 Up to 600 doctors may leave Irish health system in July, IMO warns

18 ‘My 14-year-old son seems obsessed with boxing, and I don’t like the sport’

25 Rise of private primary schools: ‘Children are in charge of their learning’

27 Do young people really need to go back into the office?

28 Cliff Taylor: Davy story will not blow over with a bit of corporate box-ticking

29 Benefits of sport far outweigh the Covid risks so why are kids still not playing?

31 ‘My husband is unemployed. Where will he go if I leave him for my business partner?’

32 Nicola Coughlan: Women used to have to be sweet. Now we can be obnoxious eejits – thank God

33 Smother: This is what an Agatha Christie-themed Glenroe looks like

38 Jennifer O’Connell: We did not need Pontins to teach us about anti-Traveller discrimination

39 Moses Farrow: ‘I felt inherently like I was a bad kid. The abuse at home reinforced that’

40 Eirgrid proposals to include €2bn power line around Irish coast