Confused about who will oversee the Garda? You should be 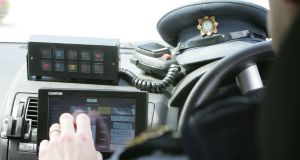 Government, the bureaucracy and the Garda themselves have no enthusiasm for oversight that is vigorous or adequately resourced. Photograph: Alan Betson

One of the more complex legislative proposals due to come before the Oireachtas in the autumn will be a Bill giving statutory authority to a new policing and community safety oversight commission (PCSOC). The chairwoman of the Policing Authority, Josephine Feehily, wrote in perplexed and apprehensive terms about it in these columns last week.

If people are confused by the plethora of bodies currently overseeing and monitoring the national police service, what lies ahead will very likely make existing arrangements look like simplicity itself.

The PCSOC has been parented by the Commission of the Future of Policing, chaired by Kathleen O’Toole, which presented its report to Government last September. The Government has accepted its recommendation to merge the Garda Inspectorate and the Policing Authority while transferring many of the latter’s functions back to the Garda Commissioner.

It is unclear what the powers and remit of PCSOC may be, how its finances and resources will be organised or who will control these. Ms Feehily is not the only stakeholder anxiously waiting to see what comes out of the legal draftsman’s office. The fear has to be that much of the progress towards independent oversight of policing that has been achieved in recent years may be reversed.

The O’Toole Commission was set up in 2017 by tánaiste and minister for justice Frances Fitzgerald in response to continuing revelations of poor performance and cover-up in sections of An Garda Síochána. As with the decision in 2016 to establish the Policing Authority, it was a political necessity to keep the Government in office. This is not to say that it was, in itself, a bad decision. Successive governments’ approach to policing has long been to apply patch-and-mend remedies. This was a welcome change.

The composition of the commission was somewhat unusual. No member of An Garda Síochána, serving or retired, was included. Two of its members, however, did have senior policing experience abroad.

Kathleen O’Toole was chief of police in Seattle, while Sir Peter Fahy was formerly chief constable of Greater Manchester Police. A former secretary general of the Department of Justice, Tim Dalton, was appointed. The present writer was nominated to the commission but stood down after a number of months. A number of persons with management or business experience outside of policing were appointed as were a number of people with backgrounds in academe or in social service, including the director of the Dublin Rape Crisis Centre, Noeleen Blackwell.

It was not to be wondered at then, that a number of disparate strands of thinking emerged in the commission’s final report. It was strongly held, however, that community safety had to be at the very centre of An Garda Síochána’s role and that community policing had to be upgraded and enthroned in Garda thinking and not simply treated as an optional extra in addition to the force’s “real job” of catching criminals.

But part of the problem with prioritising the community role of An Garda Síochána is that it also has the parallel role of being the State’s primary security service. And the immediate interests of the community may not always accord with the State’s security needs. For example, a local community may want drug dealers taken out of circulation. But the State security agencies may have some of these people on their payroll as informants. And locking them up may deprive the security departments of vital intelligence. This is not a mere theoretical possibility but an experienced reality.

One of the fundamental questions facing the O’Toole Commission was whether An Garda Síochána should continue to discharge the dual role of a civil police and a national security authority. Ireland’s police is unique in combining these.

Some commentators, including the present writer, believe that while there are advantages to this arrangement, it has been used by the Garda in the past as a shield against scrutiny.

In the end, the O’Toole Commission recommended the retention of the status quo but also that a new office be created to co-ordinate and analyse national security activities. The proposed PCSOC is to be, in effect, the body that will supervise all of An Garda Síochána’s functions except security.

A body with responsibility for community safety must have the capacity to direct resources from agencies as diverse as the police and the public utilities.

Government, the bureaucracy and the Garda themselves have no enthusiasm for oversight that is vigorous or adequately resourced

Feehily asks how issues of budgets and resources ought to be managed when the community’s fear of crime, for example, may require a public lighting response rather than a police response?

So will the new commission have power to direct ESB Networks to put in street lighting while at the same time having the power to direct the Garda Commissioner to allocate policing resources to any given task? It seems unlikely. So where, Ms Feehily reasonably asks, does this leave independent oversight of the Garda?

The existing arrangements for oversight that have been created over recent years may appear complex. The Garda staff organisations, who dislike them, characterise them as obstacles to their members’ work. But the truth is that Government, the bureaucracy and the Garda themselves have no enthusiasm for oversight that is vigorous or adequately resourced.

When the powers and resources provided for PCSOC are revealed, it is unlikely that what emerges will gainsay that reality.

Conor Brady was a member of the Garda Síochána Ombudsman Commission 2006-2011. He is a former editor of The Irish Times