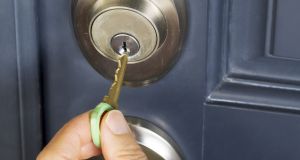 Banks charge an average of 3.55 per cent for a mortgage in the Republic, compared with the 1.87 per cent average across the EU.

Rents are back above pre-crash levels. And people are returning from overseas holidays with tales of one-euro coffees, cut-price over-the-counter medications and cheap nights out. Yes, Ireland is , indeed, expensive.

The cost of living here is high and there are a few key things which particularly hit younger age groups – those renting, buying a house or paying for childcare. And there is a vicious circle here. The fact that prices are high is making it difficult to address some key issues, including the need to build more houses, the very policy needed to attack the problem of soaring rents and house prices.

The hard figures back up the perception of high-cost Ireland. Ireland is one of the dearest places in Europe to live. According to new figures from Eurostat, the European Union statistical office, Ireland was the fifth most expensive country in the EU last year for a basket of goods and services, “beaten” only by Switzerland, Iceland, Norway and Denmark.

Prices here are 25 per cent above the EU average. No wonder we find it hard to square in our heads all the talk about our supersoaraway economy with our actual standard of living. We are used to looking at inflation – and to how the rise or fall in process compares with the rise or fall of our earnings. But the real issue here is where we are starting out from. The actual level of prices here is high.

While the average prices level hasn’t risen much in the last few years, there are a few key areas where costs have soared. The millennial squeeze has been driven by soaring rents, the high cost of buying a house and paying a mortgage and the hefty price of childcare. According to the recent report by the National Competitiveness Council, only two other cities – London and Amsterdam – are worse than Dublin in terms of mortgage affordability.Only three cities were found to be more expensive for renting last year. Childcare costs, meanwhile are among the highest in the OECD.

Grumpy oldsters tend to hark back to the hardship they faced when they were “starting out” – the challenge of savings for a mortgage, joining the queue to get one at the bank or building society and so on. And it wasn’t easy back then. But right now the dilemma seems even more acute, even if – like the woman in the ad which Bank of Ireland pulled during the week – you can move back home to save on rent and build up your deposit for a house.

Sky-high rents make it either difficult or impossible to build up a deposit for many, unless parents can step in. Housing costs are then high and banks charge an average of 3.55 per cent for a mortgage, compared with the 1.87 per cent average across the EU. The difference for this generation, I think, is that it is more difficult to see the end of the financial squeeze. Right now there is little or no overall inflation to reduce the burden of debt, and if any appears, interest rates in the years ahead will rise, too.

Many will manage – and wage increases over the years will help. The economy is creating very significant numbers of good jobs. The problem of low wages and insecure employment faced by many should start to ease if this continues. But high-cost Ireland still means it is hard to see how standards of living for many younger people will ever match those of their parents.

Ironically, our high costs also make it more difficult for Government to address some of the key issues. Take house-building. It appears that the cost of building a house here is high by international standards. Wages for skilled labour are high, as is the cost of cement and other materials. Insurance costs and development levies add further to the bill. Add on VAT at 13.5 per cent and costs here are, on some estimates, 25 per cent plus higher for a normal apartment compared with other major cities.

Why is Ireland high cost? Some of it represents the historical success of the “insiders” in various lobbies and professions in maintaining practices and prices that gouge the public or other businesses – take parts of the legal profession, for example. Some of it is because, as a small island economy, competition can be limited. Some of it is a legacy of the trauma faced during the bust. Insurance costs have soared because insurers priced everything way too low for a period - and are now overcompensating. Banks were bust and have got away with charging over-the-top interest rates for so long because others fled the collapsing market.

Prices cannot be magically deflated. But there are implications for policy. The State needs to look forensically at the costs it imposes – via State services and taxes. Help needs to be directed at where it is needed, for example by aiming tax cuts at younger employees with lower to middle incomes rather than across the board. Sometimes needs to really grab a hold of the housing issue in all its complexity.

Productivity is the other side of the cost equation – if you are successful enough as an economy, then everyone can afford to pay up. Our economy is doing well, but remember also recent Central Statistics Office figures estimated that when multinational money moving was subtracted, the size of the economy was a third lower than the traditional GDP measure.

Right now, we have Scandinavian-style prices, but we don’t have the economy firepower to match. And younger people are paying the biggest price.

1 ‘Summer is not lost’ - Taoiseach announces accelerated easing of coronavirus restrictions
2 California police fatally shoot 22-year-old man on knees with hands up
3 Coronavirus: People to be allowed to travel anywhere in their county from Monday
4 Donald Trump is in trouble, and that could spell very bad news
5 Trump under fire from US military after troops threat
Real news has value SUBSCRIBE