‘Involvement in violence and intimidation, large-scale smuggling operations, fuel laundering, drug dealing and extortion are destroying lives on both sides of the Border’ 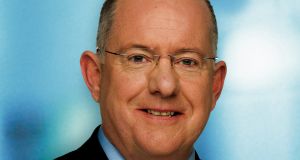 After two months, political talks in Northern Ireland are approaching a conclusion. During that time, people’s faith in politics and political institutions in the North has undoubtedly been shaken. Vacant ministries, an escalating budgetary crisis and a paralysis in political decision-making institutions have taken their toll on public confidence in Stormont.

The impact of the deadlock has been felt south of the Border also. North-South ministerial meetings – a key driver of co-operation on areas of mutual benefit to people on this island – have been cancelled. Progress on crucial North-South infrastructure projects has been painfully slow, including the upgrade of the A5 road link to Derry and the further restoration of the historic Ulster Canal.

I know that people in the North are utterly fed up with the rolling crises in Stormont. Again and again I meet civic society groups and victims and survivors who speak of their desire for their elected representatives to “get on with it” – to govern, to make hard decisions, to implement the commitments they have signed up to. These talks must deliver those outcomes once and for all.

The Irish Government has a clear vision for the North, as laid down by Taoiseach Enda Kenny in his address to the British-Irish Association in September. It wants a Northern Ireland free from paramilitarism and organised crime; a shared society governed by efficient and representative devolved institutions which co-operate to build the island economy through overseas investment and joint efforts in trade and tourism; and political institutions that work to build a world-class infrastructure and to provide high-quality, citizen-centred services, such as an education system that promotes integration.

As recent high-profile murders in Belfast and reports from An Garda Síochána and the PSNI and MI5 made clear, the pernicious legacy of paramilitarism continues to haunt many communities on both sides of the Border. Alongside the various paramilitary groups that have at least eschewed terrorism, dissident republicans, who reject the peace process, pose the biggest threat to security right across the island of Ireland.

The day after announcing a new talks process, the Taoiseach made clear the Irish Government’s view on the legacy of paramilitarism, emphatically disavowing ambiguity and insisting on the eradication of paramilitarism and all its vestiges.

A key requirement from Northern Ireland’s political parties in these talks is the delivery of unambiguous clear blue water between politicians and paramilitary organisations. There must be an explicit commitment to democratic institutions and to the rule of law, whether expressed through the Executive, the Assembly, the Courts, the Police Service or the Parades Commission.

There must be consensus on a new approach to tackling organised crime, much of which has its roots in paramilitary groups, as the recent reports of the Garda Síochána and the PSNI and MI5 make clear. Involvement in violence and intimidation, large-scale smuggling operations, fuel-laundering, drug-dealing and extortion are destroying lives on both sides of the Border. This cannot be tolerated in a democratic society.

Given the growing problem of illegal waste, there is clearly also a strong argument for an environmental protection dimension to be included in the remit of such a taskforce. This is an unmissable opportunity to free communities from the toxic grip of ruthless criminals.

Progress on the implementation of the Stormont House Agreement has been encouraging. The British and Irish governments are working closely together to fulfil their legislative obligations. Co-operation with the British government and the parties is ongoing to make progress on the establishment of new institutions dealing with the past in a way that is faithful to the principles and provisions in the Stormont House Agreement. Above all, the talks must ensure that these new institutions serve the needs of victims and survivors of the Troubles.

Mr Kenny and Mr Cameron recently discussed the need to speed up the talks. First Minister Peter Robinson and Deputy First Minister Martin McGuinness have spoken of the need for an outcome in days, rather than weeks – I share that objective and will work with all the Northern Ireland parties to achieve it.

Charlie Flanagan is Minister for Foreign Affairs and Trade

1 One hundred Irish retailers for all your online Christmas shopping
2 ‘Groundbreaking’ direct provision replacement forecast to save millions
3 Travellers call on comedian Des Bishop to apologise for ‘absolutely appalling’ comments
4 Covid-19: Backlog forces HSE to skip calls to thousands of close contacts
5 Michael McDowell: What exactly is the price of accepting this Nphet advice?
Real news has value SUBSCRIBE