Catalonia goes to polls with both sides entrenched 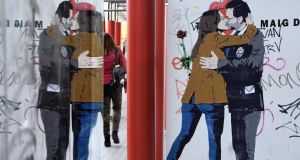 The campaign for Thursday’s elections in Catalonia has been depressingly symptomatic of two dangerous and interlinked contemporary tendencies in western democracies.

One is the prevalence of tactics over strategy, and the other is the preference for slogans over substance. Twitter is the ideal, and toxic, medium for this debased political culture.

Calling snap elections in the region was an uncharacteristically clever tactical move by the lugubrious Spanish prime minister, Mariano Rajoy. For years, his only response to the accelerating momentum of the Catalan independence movement had been obtuse immobility. He had hidden from the challenge of engaging with change behind the 1978 constitution, which had been forged under intense pressure from the heirs of the Franco dictatorship.

This was a disastrous strategic failure, but it was tactically beneficial to his conservative Partido Popular (PP) in the rest of the country. It played on a barely dormant nostalgia for authoritarian Spanish nationalism, and diverted attention from the corruption scandals in which the ruling party is mired.

The Catalan nationalist parties finally forced Rajoy’s hand this autumn, when they insisted that the outcome of their October 1st referendum, whose legitimacy was rejected not only by the Spanish courts but by many Catalans, justified a unilateral declaration of independence.

In response, the prime minister imposed direct rule on the region in late October, a draconian move unprecedented in modern Spanish democracy. But by simultaneously calling very early regional elections, however, Rajoy created a safety valve for the anger Catalan nationalists feel, both at losing the self-government they had enjoyed for decades, and at the heavy-handed imprisonment, on the rather archaic charge of sedition, of several independence movement leaders.

So the escalating conflict that many feared would arise from resistance to direct rule has not materialised, or at least not yet. From the point of view of much Spanish public opinion, Rajoy’s long-delayed use of a “strong” measure has been an unqualified success. It has certainly revealed that the Catalan nationalist leadership, even in its most radical forms, had prepared no coherent roadmap towards independence when push came to shove.

Sadly, however, it seems highly unlikely that the election result, whichever way it goes, can resolve the long crisis over the status of Catalonia, a crisis that has undermined democratic values, and revealed a startling lack of strategic vision, on both sides of the conflict.

Even if there should be a reversal, and the Spanish nationalist/unionist parties emerge with a narrow majority of seats, the real problem, which is the chronic – and relatively new – divide between one half of Catalonia and the other, will probably only deepen.

One can assume this because both sides are campaigning on exactly the same emotive slogans that led to the crisis in the first place. Nothing has been learned. Both sides still see Spanish and Catalan national identity as a zero-sum game, in which the successful assertion of the one means the erasure of the other.

The Catalan nationalists insist they have made no errors, either of principle or strategy, in their “constituent process” towards independence. Yet they embarked on this adventure knowing they only had the support of a minority of voters, albeit a substantial one. They made no effort to build bridges to the many Catalans who celebrate their distinct Catalan identity but are wary of a divorce with Spain. Instead, they often vilified them as traitors.

They violated the norms of their own parliament in railroading through provisions for the referendum of October 1st; they used the flagrantly unreliable vote in that plebiscite as a mandate for a unilateral declaration of independence; and yet had nary a plan to implement that declaration.

Nevertheless, they are campaigning to continue this same “process” and treating this election as yet another referendum, energised by the “martyrdom” of their imprisoned (or self-exiled) leaders. Polls indicate their supporters will indulge such irresponsible theatricals once again, despite the growing evidence that this “process” made of slogans is wrecking a once-superb economy. There is a continuing haemorrhage of businesses, capital and tourists from the region.

Meanwhile, the unionist parties, especially but not only the hard-right PP, have insisted on reading the Catalan nationalist theatricals almost as though it were an armed rebellion. They treat the independence movement as seditious, as an existential threat to Spain, because this tactic mobilises their own voters across the whole state. It never strikes them to treat the movement as what it mostly actually is, a problematic expression of a very distinct sense of cultural and national identity. They have no new strategic vision to accommodate this identity within a reformed Spanish constitution and state structure.

There is no recognition in Madrid, or among Catalan unionists, that their own actions made major contributions to the unprecedented radicalisation of Catalan nationalism in the past decade. The PP’s successful judicial crusade against the democratically mandated reform of the Catalan autonomy statute in 2006, and its more recent opportunist tactics of police repression and judicial harshness, have simply confirmed the otherwise rather absurd Catalan nationalist narrative of “oppression”.

The only glimmer of hope from the opinion polls is this: with a tied result between the Spanish unionist and Catalan nationalist blocs, Catalonia’s remarkably flexible version of the leftist Podemos movement, which fits comfortably in neither bloc, just might be able to form a transversal government. It would have to bring together the left nationalists of the Esquerra Republicana de Catalunya, and the Spanish Socialist Party’s regional franchise, the Partit dels Socialistes de Catalunya. The latter is much more sensitive to Catalan cultural identity than either Rajoy’s party, or the rising new advocates for Spanish nationalism, Ciudadanos.

It would be very difficult, but such a government could unite Catalans, if it produced a substantial strategy to make the region more prosperous, more equitable, healthier and greener, rather than fixating on which flag flies highest over Barcelona.

1 Late Late Toy Show: Music, tears, Tubridy’s F-bomb and €5m for charity. What a night!
2 Ireland in precarious position as third Covid-19 wave could be more deadly, Nphet warns
3 Michael J Fox: ‘In the wheelchair, I’m luggage. No one listens to luggage’
4 John Belushi: ‘It’s hard to watch him and not smell the alcohol and drugs’
5 US court rejects Trump’s attempt to block Biden win in Pennsylvania
Real news has value SUBSCRIBE