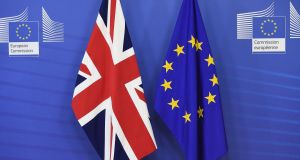 Signs of toughening resolve from Brussels over Brexit have been reflected in a series of warnings from senior European politicians over the last week. Photograph: Emmanuel Dunand/AFP/Getty Images

Five months after the British vote to leave the European Union, the question of what Brexit will look like remains as elusive as ever.

A leaked Deloitte report last week pointed to the gargantuan challenge ahead for the United Kingdom. It stated that up to 30,000 extra civil servants may be needed to help extricate the country from 43 years of legislation, regulation and the complex trade arrangements enshrined in the single market.