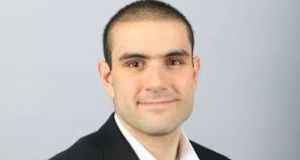 Minutes before Alek Minassian – the man charged with killing 10 people in Toronto on Monday by driving a van into them – launched his alleged attack, he posted on his Facebook page “The Incel Rebellion has already begun. We will overthrow the Chads and Stacys. All hail the Supreme Gentleman Elliot Rodger.”

It is this message that has counterterrorism experts now saying the Toronto attack was an “ideological hate crime”. Incel stands for “Involuntary Celibate”, a growing online community of men frustrated in their ability to find sexual partners. The “Chad” and “Stacy” referred to are common Incel insults – a Chad is a popular and attractive man who has no problem finding girlfriends, a Stacy is the sort of woman who goes out with a Chad. In contemporary speak, Chads and Stacys are “normies” – conventional/ mainstream people.

The “Supreme Gentleman Elliot Rodger” is a reference to the 22-year-old man who shot dead six people in Isla Vista, California, in 2014. In a note found after his killing spree, Rodger had complained of “still being a virgin at 22” and “never even having kissed a girl” – women would pay with their lives for this, he said.

There are Incel members who are just plain sad and lonely and unable to find a sexual partner, others have advanced social anxiety and debilitating depression

Elliot Rodger quickly became a cult hero for dangerous and violent members of the Incel movement who applauded his actions.

It is this psychopathic fringe element of the deeply troubling Incel movement that the media have focused on in the wake of the Toronto attack – in which, chillingly – more women were killed than men.

However the broader movement is believed to number tens of thousands, many of whom disavow Elliot Rodger and are horrified by the attack.

But the evidence available suggests that some men affiliated however loosely with the Incel movement are becoming radicalised. There are Incel members who are just plain sad and lonely and unable to find a sexual partner, others have advanced social anxiety and debilitating depression. These types would be regarded – and witheringly so – as “moderates”.

However, the more strident voices within the community busy themselves constructing a hateful worldview in which liberalism and feminism – and the concomitant cultural changes in how relationships are now conducted – are to blame for the “injustice” of their plight.

The “Incel Rebellion” – referenced by Minassian – promotes violence, specifically the murder of women.

The Manosphere needs to sit down and shut up. The problems facing men are the problems caused by men

Until the Toronto attack, the movement would largely have been regarded as an insignificant backwater of the broader Manosphere – the network of blogs, forums and websites that focus on issues relating to men.

Ostensibly male-only groupings within the Manosphere act as support networks. But given the gender that’s in it, support soon gives way to resentment.

Following this week’s Toronto atrocity, and the examination of how this pathological misogyny developed, there are theories that other killing sprees may be related. After last year’s Las Vegas mass shooting which left 58 dead, some Incel members claimed the killer as one of their own. There is still no clear motive for the Las Vegas attack.

A relatively recent phenomenon, the Manosphere is – at its extreme end – a forum for whiny, male inadequates with antiquated views on women and sex. Within this online miasma you can move from barely literate screeds on “the need to overthrow the oppressive feminist system” to those who act as apologists for rape and on to the shock and awfulness of the Male Liberation Movement.

There are important and pressing male specific issues to be addressed: the rights of fathers to see and be involved in their children’s upbringing; the still-taboo subject of men who are physically and mentally battered by their partners, to name just two.

When a resentful and embittered subculture of men congregate in this manner, the Las Vegas attack and the Toronto one can be the fatal consequences.

But the self-absorption here is dysfunctional: from men going into forests to beat their bare chests to “reconnect spiritually with their fractured masculine self” (and calling themselves “Mythopoetic Men” while they’re at it) to the rise of the New Man (in touch with his feelings), the New Lad (in touch with his feeling while sipping from a can of lager and watching the football) to the Metrosexual Man (all of the above, but with tinted moisturiser).

The Manosphere needs to sit down and shut up. The problems facing men are the problems caused by men.

Alek Minassian allegedly killed 10 people because women would not have sex with him. The simple truth is that women probably didn’t want to have sex with a man who appeared like he would kill them if they didn’t.

1 Bank leaked my loan request to family who tried to rip me off
2 Spread of coronavirus triggers European travel curbs
3 Why Sinn Féin will not call the State by its name
4 What evidence is there that the IRA still controls Sinn Féin?
5 Costa living: ‘Move home to Ireland? I’d hate it’
Real news has value SUBSCRIBE