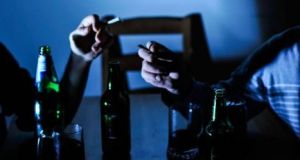 September is National Recovery Month around the world - a time to “celebrate the gains and share the successes” made by those in recovery from drink/drug addiction, according to its founders.

Despite being in its 27th year, Recovery Month is only gaining significant media traction this year. Not least in this country.

In the US, Donald Trump personally opened the month last week with the announcement that he was requesting $2.6 billion (€2.17 billion) to be taken out of his 2018 budget proposal for border security to be used instead to fund drink and drug addiction programmes. Trump lost his older brother to alcoholism and the experience of living with an alcoholic turned him into a lifelong teetotaller.

All the now-mandatory social media bells and whistles are being brought into play during this “Awareness Month”. “Post a Recovery Story Selfie!” implores one online campaign, while another states that those who share their recovery stories publicly are now to be referred to as “heroes”.

But this is not “Movember” (when men grow moustaches during the month of November to “raise awareness” of men’s health issues) or the Ice Bucket Challenge we’re talking about here.

The very idea of posting a Recovery Story Selfie is a pathetic sop to a prurient culture where the first-person confessional now bestows - through specious claims of “bravery and honesty” - a secular sainthood. And does wonders for your media profile.

Reducing addiction to a thumbs-up, smiley face calendar month may have all the best intentions in the world behind it, but framing it so it now sits alongside National Thermal Engineer Month (“stressing the importance of advancing the thermal engineering industry”) and National Onion Rings Month (“why not invite your friends around for an Onion Ring tossing contest?”) on the Awareness Raising Calendar is the very definition of fatuousness.

On this rather surreal calendar you’ll find that August was National Road Victims Month, while as well as this September being National Recovery Month it is also National Childhood Cancer Awareness Month. And Charcot-Marie-Tooth Disease Awareness Month and National Migraine Awareness Month too. This very week we are in the middle of National Payroll Awareness Week - which “celebrates Payroll payments”.

The only awareness that needs raising here is the fact that Awareness Months don’t generally work. A study by public health researchers from Drexel University in the US two years ago which looked at what they termed “the Awareness craze” could not find any evidence of their efficacy. The most you can realistically hope for is to become a briefly tenured trending topic on social media.

The word ‘anonymous’ has for us an immense significance. Subtly but powerfully, it reminds us that we are always to place principles before personalities

When this “celebration” of Recovery from drink and drug addiction ends on September 30th, perhaps a moment of clarity will remind us that the most efficacious manner of dealing with addiction and recovery remains Alcoholics Anonymous and its associated mutual aid fellowships such as Narcotics Anonymous. Available to everyone, everywhere, free of charge.

And unlike National Recovery Month, which stresses a very public sharing of distressing personal information (which, in the nature of things, ends up becoming competitive), Alcoholics Anonymous notes that “since our beginnings in 1935, anonymity has proved one of the greatest gifts that AA offers the suffering alcoholic”.

Or, as one of the co-founders of AA had it, “The word ‘anonymous’ has for us an immense significance. Subtly but powerfully, it reminds us that we are always to place principles before personalities; that we have renounced personal glorification in public; that our movement not only preaches but actually practices a true humility”.

That said, stories about recovery from addiction have a vital role to play - not amid the inane ephemera of social media, but at the very centre of this Government’s forthcoming Public Health (Alcohol) Bill.

An editorial in this paper some weeks ago noted that this Bill sees alcohol being treated as a public health issue for the first time in the history of this State, but that the legislation now proposed is a pale shadow of what was originally intended. This is due to politicians being aggressively lobbied by the drinks industry.

In place of the drinks industry having their tendentious say in the contents of the Alcohol Bill, let the stories of addicts - who truly, madly and deeply understand exactly how and why alcohol destroys lives - inform and guide this Bill.

If National Recovery Month achieves this, it’s more than any Recovery Story Selfie will ever do.

After all, it’s one day at a time. Not one Awareness Month per year.