Breda O’Brien: Get ready to worship the AI deity

As AI displaces people from jobs, its creators look to ways of taming people 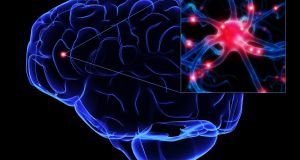 Silicon Valley is aware of the speed of the rise of artificial intelligence and robotics. They also know this is not the Industrial Revolution Part 2, where new forms of work will arise to replace the ones that industry made redundant.

There are few things as aggravating as when people begin to advocate for a good idea for entirely the wrong reason. That good idea is a universal basic income, where the State pays people a guaranteed amount so that everyone can sustain a frugal but dignified life.

There are many excellent reasons to endorse basic income but watching Silicon Valley lining up to say what a great idea it is must surely give any sane person pause.

Silicon Valley is acutely aware of the speed of the rise of artificial intelligence (AI) and robotics. They also know that this is not the Industrial Revolution Part 2, where new forms of work will arise to replace the ones that industry made redundant.

No, this is potentially another Great Disruption, comparable to climate change. And as usual, most of us are continuing as if nothing were happening.

In June, Fortune magazine cited a 2013 University of Oxford study, which estimated that nearly half of US jobs will be in danger of disappearing in less than 20 years due to AI and automation.

Almost casually, the same article cited a White House Council of Economic Adviser’s report which estimated that 83 per cent of the jobs currently held by the lowest-paid workers in the US would be at risk in the same time span.

You would think those figures would be enough for people to call even a temporary halt to the inexorable development of AI.

But our entire system is based on consumerism. It is unthinkable in a world dedicated to increasing shareholder profit to put the brakes on anything that will increase profit in the short term, even if it will put millions of people out of work eventually.

Basic income was also mentioned in coverage of a PwC report about AI this week, but the rest of the commentary was almost all positive. AI is going to boost the Irish economy by billions, apparently.

There are lots of blithe sentences like this in the PwC report: “On the topic of jobs, the adoption of ‘no-human-in-the-loop’ technologies will mean that some jobs will inevitably become redundant, but others will be created by the shifts in productivity and consumer demand emanating from AI and through the value chain of AI itself.”

In this wonderfully cosy scenario, AI will be a totally benign force, which will free us all to enjoy leisure. Just like the way technology has massively increased our leisure time so far.

However, John Maynard Keynes’ five-day weekend, which he predicted in 1930 would arrive in 2030, may come in a rather more dystopian fashion than he imagined, with swathes of people unable to access employment.

Work brings structure and, in many cases, some kind of dignity to our existence. So if our tech overlords are all embracing the idea of basic income, they have their reasons.

If only the few will have meaningful work, and if an even fewer number will become richer and richer, a basic income may dull the edge of the pain just enough so that we don’t run amok.

And if the poorer humans lose their paid employment, who will buy all those consumer goods produced by Silicon Valley start-ups if there is not some modest replacement income?

There are only so many toys that the obscenely rich can buy before the starving millions get a bit tetchy.

Elon Musk, billionaire founder of Tesla, the self-driving car company, once compared the rise of unregulated AI to “summoning the demon” in a horror movie, and more recently said it posed a far greater threat than North Korea.

It’s funny how people reach for religious metaphors to describe the future of AI. While demons are Elon Musk’s preferred image, others prefer to talk about gods.

I cannot figure out if he is the world’s biggest troll, or simply trying to shock us into thinking, but Anthony Levandowski, one of the engineers responsible for the self-driving car, is actively promoting the idea of a church where AI is worshipped as a deity. (He is also involved in a high-profile case where he is being accused of stealing the secrets of the self-driving car, so perhaps this is just an interesting diversionary tactic.)

It may not be a coincidence that his proposed church is called WOTF, which bears more than a slight resemblance to a better-known acronym.

WOTF stands for “way of the future”, and is not set up just to worship AI, but to create the AI deity. He says that if something is going to be a billion times smarter than the average human, what else would you call it except a god?

He feels that we have only two options due to the inevitable advent of these superbeings in the near future – to be pets or to be livestock.

Pets get fed, played with, exercised, and their owners are rather attached to them. Unlike livestock.

Levandowski sees his church as helping to ensure that we get treated as pets.  And basic income fits right into that scenario. It should be enough to keep us in pet food and chew toys.