Mothers who continue their pregnancy are rarely lauded as brave – at best, they are patronised 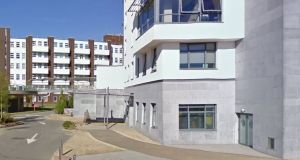 Cork University Maternity Hospital: important research has been carried out at the hospital with mothers who decided to continue their pregnancies. Image: Google Streetview

As kids, we used to chant: “Sticks and stones may break my bones, but names will never hurt me.” As adults, we know that names are not only hurtful, but can be used to label, exclude and, in some cases, dehumanise.

No sensitive person would ever use the “N” word for a person whose ancestors were of African origin, or call a person with developmental delay a retard.

And yet those same people might use “fatal foetal abnormality” without feeling it is in any way insensitive, inaccurate, disrespectful or damaging.

This adds to the already devastating pain felt by families with a much-loved baby with a life-limiting condition.

Mothers who continue their pregnancy are rarely lauded as brave. At best, they are patronised. They are told that while their choice might be fine for them, they have no right to impose it on others.

Usually, the person doing the patronising has no difficulty with imposing the term “fatal foetal abnormality” on babies with severe, life-threatening disabilities.

But some people do listen with respect and care. Dr Keelin O’Donoghue and a multidisciplinary team at Cork University Maternity Hospital (CUMH) have an active interest in providing wraparound care to families facing loss.

Full disclosure: Dr O’Donoghue is a past pupil of mine, and the first contact I had with her in decades was when she contacted me to tell me with impeccable politeness that I did not know what I was talking about.

I had written about the lack of perinatal hospice and palliative care in Ireland, and she wanted to tell me that there was no such lack in CUMH.

The Irish Hospice Foundation defines “hospice” as a whole philosophy or approach to the care of people with life-limiting illness.

More poetically, founder of the modern hospice movement, Cicely Saunders said: ‘’You matter because you are you, and you matter to the end of your life. We will do all we can not only to help you die peacefully, but also to live until you die.’

Perinatal hospice or perinatal palliative care (as it is referred to in Ireland) extends this care to babies with life-limiting conditions, and to their distraught families. Orla O’Connell, a bereavement specialist midwife with a master’s degree in integrative psychology, is part of the CUMH team. She has done important research with mothers who decided to continue their pregnancies.

She found the same pattern. Initially, the parents experience indescribable distress. One mother said that she “didn’t know humans had reserves to cry that much . . . it just kept coming and coming”.

Gradually, a fierce protectiveness developed, a new relationship, and a new vision of their parental role. Now, although still grieving, it was about letting the baby have the short lifespan that nature had dictated, and about a peaceful, good death.

Movingly, one mother said that “in the abstract it seems that the condition would make you hold back but the penny dropped when he was born. There he is and he is beautiful.”

Another woman said that while it was unbelievably painful, it was also the most healing experience possible.

Something else emerges very clearly. The professionalism and kindness of the people who break the news are vital. If someone acts, as one person experienced, as if continuing “the pregnancy [were] a waste of resources and a waste of his time”, it is shattering.

If, however, someone is kind and reassuring, and says that there is no rush to decide anything, and that a dynamic and sensitive programme of care is available, it creates an oasis in the midst of heartbreak.

There is no evidence that abortion has better outcomes for mothers. However, there is evidence that when the baby is allowed to have his or her natural lifespan with sensitive support, mothers and fathers reach a place of peace.

O’Connell and O’Donoghue have no desire to be co-opted onto any side in the political debate, nor do they judge anyone’s decision regarding a pregnancy. They help everyone without exception.

But the work that they do is medicine in its best and most holistic form. As a result, even in the midst of grief, parents report having a beautiful and life-affirming experience, even those who believed they would have had a termination were it available here.