PrEP promotes an attitude of play now, pay later among men who have sex with men 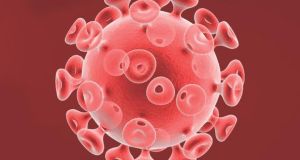 The HIV virus. Recent studies in the US claim PrEP is 70 per cent effective in reducing HIV diagnoses among men who have sex with men.

Recent figures on the rise of HIV transmission among men who have sex with men (MSM) in Ireland would indicate an epidemic not seen since the disease was first recognised in the early 1980s.

Back then the preferred tool of prevention among the gay population was condom use, today it is a drug referred to simply as PrEP.

While lauded by the gay press as being responsible for significant decreases in the spread of HIV among gay populations in major cities around the world, I would argue that Pre-exposure Prophylaxis is a solution which removes personal responsibility in relation to the transmission of HIV, increases the practice of unprotected sexual behaviour and will, ultimately, be responsible for widespread liver disease among gay populations in 10-15 years from now.

The current drug most commonly used in PrEP is Truvada which belongs to a group of drugs called antivirals which prevent the HIV cells from replicating in the body.

These drugs are highly toxic and can have adverse side-effects, ranging from headaches to changes in the distribution of body fat.

Some would argue that the apparent success of the drugs in lowering the transmission of HIV among other MSM populations – London saw a decrease of 40 per cent in HIV diagnoses in 2016, for example – as being a price worth paying.

However, I believe we need to look at the long-term prognosis and not be wooed by short term gain at the cost of long-term pain.

Researchers also point out that while there is a correlation between the use of PrEP among the gay population in London, they are reluctant to credit the decline in HIV infections to PrEP alone.

Currently in Ireland, PrEP can be obtained privately from some GPs at a cost of around €450 a month.

In London, the trend to buy the drug cheaper online has helped to make it more affordable, however, the high cost of PrEP remains prohibitive, making access a major issue as it must be taken every day in order to be fully effective.

It is clear that something needs to be done about the rise in the spread of HIV among the gay and bisexual male population in Ireland.

However, as someone who has been involved in education on this subject for the last 15 years, I believe the focus regarding long-term prevention should remain on taking responsibility for our personal behaviour when it comes to our sexual practices.

To think that the answer to remaining safe from contracting HIV via sexual contact lies in taking one pill a day is a dangerous notion which provides a false sense of security to those who are most vulnerable in relation to the spread of this disease.

It also encourages men who have sex with men to engage in unprotected sexual intercourse without the use of a condom by removing awareness of the possibility and, I would argue, probability of infection.

The gay and bisexual population in Ireland is quite small and close-knit. By virtue of its size in relation to the rate of infection of HIV among the MSM community, it is clear that proximity to the virus is bound to be high.

Sex between men remained the predominant route of transmission of HIV in Ireland in 2015 accounting for 51 per cent of new diagnoses.

What we need in the fight against the spread of HIV among MSM in an Irish context is a multifaceted approach which involves education, information and a focus on personal responsibility.

Perhaps that will include a treatment such as PrEP on some level in the future but not before we know more about the long-term side effects and not before we are sure that it is 100 per cent affective at preventing the transmission of HIV through sexual contact.

What I fear at the moment is a resurgence of the old “gay plague” rhetoric of the 1980s whereby gay and bisexual men are viewed as irresponsible and apathetic in relation to their sexual health.

What PrEP is in danger of promoting, in my view, is a policy of play now, pay later which the gay population can ill afford to embrace.

Claims that it is possible to end the HIV epidemic because of PrEP are premature in my opinion, even though recent studies in the US claim it is 70 per cent effective in reducing HIV diagnoses among men who have sex with men.

The danger lies in transferring responsibility for risky sexual practices on to a tiny pill taken once a day rather than making informed choices and encouraging a culture of prevention rather than cure.

2 Harry and Meghan: The union of two great houses, the Windsors and the Celebrities, is complete

3 How to clean your bed: ‘If you didn’t wash it for a year it would be 1kg heavier from dead skin’