Advertisers’ use of social influencers fosters the delusion of empowerment 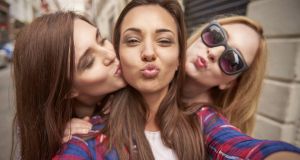 What are the most irritating terms of recent years? For many it’s ‘Millennials’, a mostly meaningless catch-all that attempts to ascribe a set of values and behaviours to a generation who is hardly homogenous. For me it’s “influencers”, a term used by marketeers to attach value to people whose voices are amplified online.

Assigning importance to conversations people have online is a trait of a media, marketing and PR at a time when all quarters are struggling to wrangle their businesses and reach consumers.

In many cases, that importance has been overinflated. Newspapers and online news websites print tweets as if they are in some way newsworthy, or as if the reactions to a news story on that platform are superior to a traditional vox pop of random punters on the street. This trend has been exacerbated by the presence of celebrities on social media, with news outlets ripping what is posted social media channels, as if what a celebrity says about something is of any significance beyond having a curious interest in the things famous people say.

But the Joe Bloggs influencer is not a famous person. They are a person who has swallowed a strange marketing handbook, viewing the construct of their online personality online as a brand, and utilising it to make a career out of product placement.

For PR companies, agencies, brands and advertisers, the willingness with which a certain number of people will now transform themselves into human billboards for a few quid is a godsend. Of course certain people will shift massive amounts of the items they promote, but only if they have an equally large reach. The actual payoff of having someone talk about your product in a blog post or Instagram post or Snapchat story is a little more vague. Nevertheless, this hasn’t stopped hordes of people for whom an entry point into media and name recognition is now about pimping out consumer goods and experiences.

For agencies themselves, who are always seeking to come up with new innovations to appease clients, getting such “influencers” on board represents a win. It’s a world of ambiguous outcomes, wonky numbers and general spoofery.

Getting people with a certain number of followers to talk about a launch on social media or rave about a new product is viewed as a marketing and PR victory, apparently regardless of its real impact .

The benefits are mostly seen by the “influencers” themselves, whose rate cards for talking up restaurants or beauty products online are generally vastly inflated. But with marketeers seeing their audiences online, they are struggling to come up with other ways to reach these audiences and sell their goods, and so the power of word of mouth has shifted to putting words in people’s mouths.

What does being an influencer actually mean? Perhaps it means an audience is buying into someone’s life. Perhaps it means that the audience gives people kudos in the marketing world. But when people are being paid to hawk products, that “influence” is meaningless. The transaction automatically makes such endorsements inauthentic.

The narcissism and high level of self-involvement social media fosters is probably not a good thing. When consumerism is added to it, it feels grotty. Just because you can broadcast the minutiae and tedium of your daily life, doesn’t mean you should. But such sharing is both compulsive and addictive. What we’re seeing across Snapchat, Instagram Stories, and YouTube channels, is what happens when the Big Brother diary room is endlessly replicated. Those scenes in Big Brother’s first series were a precursor to life-casting; people, alone, staring into a camera on a device, talking about themselves. Obviously now, the front-facing camera of a smartphone means that people can simultaneously see themselves as they talk about themselves, a hall of mirrors that is constantly reflecting back on the self. Licensing one’s life or “personal brand” out to product placement is a grotesque embrace of consumerism. People who are spoken about as “influencers” in marketing terms - who, like the cool hunters of the 90s have a niche audience that is often mistaken as a large or mainstream one - have made selling out a lifestyle.

It’s now old fashioned to talk about the concept of selling out as something icky or uncool. To have tens of thousands of followers on Instagram, to receive constant but trivial affirmation from followers, to get likes, to get views, to be seen to be getting paid, along with a curious sort of internet fame are not just things that appear to be desirable now, but are aspirations and inspirations, goals of those who have found a niche for talking about themselves as opposed to talking about something, anything.

I’m not sure if it’s a useful thing to constantly be photographing, videoing and talking about yourself. I realise that this can be empowering for people, and helpful for others to see people who are more like them, as the media and entertainment industry tends to represent a very conventional, samey type of person.

But I wonder at what point are some people mistaking self-obsession and narcissism for empowerment? It is something of a delusion to see oneself as influential if one has merely been targeted to make people buy things. That’s not being influential. That’s just being an ad. True influence should surely be about contributing something positive to the world beyond the self-important and trivial branding of one’s own identity.

And if you monetise the self, if you are happy to sell yourself, then what part of you is left to be enjoyed privately without a story to sell or a life to project online?