The Question: Why is Brock Turner’s mugshot so important?

Usually in the US, police departments release mugshots of their arrests. But in the case of Turner, they didn’t

A portion of a 7,244-word statement, read by a news anchor, in which a victim of rape describes her ordeal, for which a Stanford University student received a six-month prison sentence - a ruling which has sparked outrage in the US. Video: CNN 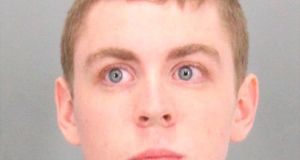 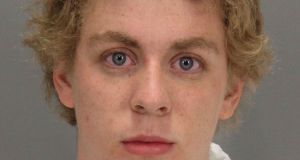 How do we see perpetrators of crime? That issue has been just one of many elements in the Stanford sexual assault case that have combined to make it such a significant story.

The case involves a Stanford student, Brock Turner, who in March was convicted of sexually assaulting an unconscious woman after a fraternity party on the California university campus in January 2015.

A few weeks ago, he was sentenced to just six months in county jail, and in the aftermath the victim released a powerful statement on how the assault had affected her, bringing the case to widespread attention. A statement by Turner’s father, dismissively describing the assault as “20 minutes of action”, exacerbated the outrage, and there has been pressure on the judge over the leniency of sentence.

The ingredients here – a privileged student, a powerless victim, the apparatus of elite institutions working to protect one of their own – have all combined to make the case emblematic of the larger crisis of what has become known as “rape culture” on US college campuses, and beyond.

Central is how the perpetrators are portrayed. Usually in the US, police departments release mugshots of their arrests. But in the case of Turner, they didn’t. Instead, reports were accompanied by a smiling school yearbook portrait in which he couldn’t have looked more wholesome.

Only after concerted online pressure was the original police booking photo released. Instead of the smiling yearbook image, we see a vacant, bedraggled Turner, a young man who hours earlier had decided to assault a vulnerable woman.

Both are portraits of a rapist, but one doesn’t tally with our expectations of what a rapist should look like. That difference forces us to confront the face of sexual violence: sometimes smiling, wholesome and privileged.