The abusers who taught the US elite

Rupert Murdoch’s son went there. So did a former publisher of the New York Times. But behind the walls of Horace Mann School some of its teachers spent decades sexually abusing pupils. Now, inspired in part by the Murphy and Magdalene laundry reports, the victims are demanding justice 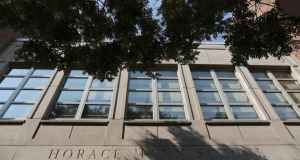 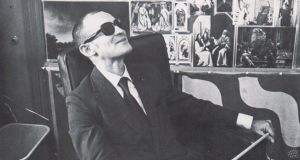 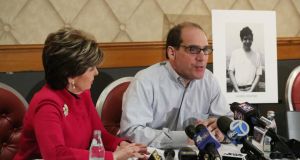 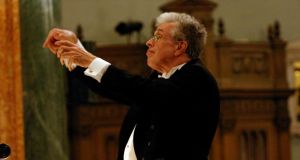 Last Friday, May 24th, an open letter appeared on the website of Horace Mann, a burnished institution of New York academia whose 125th anniversary, last year, coincided with the most troubling period in its existence. The letter detailed the prep school’s response to an investigation into an ingrained culture of sexual abuse that, according to investigations by the Bronx district attorney’s office, spanned a period from 1962 to 1996.

“We sincerely apologize for the harm that was caused by the teachers and administrators who abused anyone during their years at Horace Mann School,” reads one line in the letter. “These unconscionable betrayals of trust should never have happened.”

The acknowledgment and apology were a breakthrough for those alumni who, even before the publication of a long and harrowing piece by Amos Kamil (class of 1982) in the New York Times in June last year, had formed a Horace Mann survivors’ group and are still calling on the school board to instigate a full, independent investigation.

On Thursday afternoon a response to the Horace Mann letter was issued by Gloria Allred, an attorney representing 25 of the survivors, that emphasised the gulf between how each side wants to proceed. It claims that the Horace Mann letter contains “false statements” meant to deflect attention from the calls for an independent investigation. It also castigates Horace Mann for planning to publish a summary of the statements her clients have given. “This ‘summary’ is a betrayal. It was not what the survivors had asked for or wanted. It is contrary to the representations made to and with the survivors.”

The response also includes a request that it be posted on the Horace Mann website alongside the school’s letter of apology. “Horace Mann has attempted to posture itself as caring and compassionate to the survivors but they have only increased the suffering of survivors by publishing such a flagrantly false statement.”

“At the time it was going on I felt that Johannes had done a lot of generous things for me, and I felt indebted,” he says. “He inspired me to love music and told me I could become one of the great composers of my generation. And when he began to touch me sexually I tried to believe that there was some explanation . . . [such as] that this is how Europeans show affection.” (Somary, who died in 2011, was born in Zurich.)

“I realised with horror that there were doubtless others who were abused after me that I might have prevented had I come forward earlier. The most distressing moment of all was when I met the mother of Ben Balter, a student who wrote a letter to the school in 1993 complaining about Somary and who later committed suicide.”

She pointed out that unlike the high-profile abuse scandal involving Penn State University, this involved multiple authority figures over a time period spanning a quarter of a century.

Another of the victims, Jon Seiger, chronicled the abuses that he suffered – by eight teachers at Horace Mann – in a devastating personal account. He said he was 14 when he was invited to the home of R Inslee Clark, the headmaster of Horace Mann at the time. He arrived to discover a history and swimming teacher, Stanley Kops, already there. (Kops resigned from the faculty in 1983 and later took his own life.)

In contemporary educational culture, the idea of pupils receiving invitations to teachers’ homes would seem inappropriate. But the culture at the school was different then, hazier and influenced by the turbulent social mores of the 1960s and 1970s. Horace Mann School, while rigorous in its academic discipline, had a liberal approach to teacher-pupil interaction.

Seiger recalls that he was flattered to be invited to the home of the headmaster. “There was kind of an acceptance in Horace Mann that the teachers were ‘characters’,” he says. “So you expected them to be a little quirky or offbeat. And it was also simply just the respect for authority figures . . .

“This was the headmaster of the school. Most schools in the United States had ‘principals’, so a headmaster seemed quite a step above that. And when the headmaster took an interest in you, it was under the pretext of my being a talented musician, at age 14 . . . You feel pretty good about that.”

Seiger says he was given several alcoholic drinks the afternoon he visited Clark’s home. He accompanied Clark and Kops to a nightclub on East 59th Street that was filled, he recalls, with either very young or much older men.

The group left with two young men they met at the club and drove back to Clark’s home despite Seiger’s request that they drop him home. The younger men abused and sexually penetrated Seiger while the teachers watched. “Later Clark and Kops sent the two men away and continued to engage in sexual abuse of me.”

That was the beginning. Over the years Seiger suffered multiple abuses, including those perpetrated by a school football coach, Mark Wright (who was fired in the late 1970s and found dead in his home in San Francisco in 2004), and by Johannes Somary.

“The teachers who were carrying out the abuse were very good at singling out those who lacked parental support at home,” Seiger says. “For instance, my parents had just split up. I was adopted anyway, and my adopted brother was hyperactive and quite violent and got kicked out of several schools. So he took up all of the energy at home, and I was pretty much on my own, and this was identified.

“Mr Berman, for instance, the first assignment was: write about what you do when you go home from school. Do you do homework straight away? Who do you watch television with? Also, I was abused by a family friend, and it does seem that abusers have a kind of radar for that.”

Magnetic hold
Robert Berman, who taught English at Horace Mann until his departure in 1979, was the subject of a report by Marc Fisher (class of 1976) in the New Yorker in April. The article details the magnetic hold that Berman – aloof, immersed in aesthetics and literature – had on several of his pupils, whom the author refers to as Bermanites.

Some former pupils recall him as an original and inspirational educational influence. Others list him as being among the predators at Horace Mann in the 1970s.

One of the reasons that the survivors’ group is adamant that the school should launch a full investigation is to establish what was known about the abuses at the time. They have evidence that complaints were made against several teachers, including Berman and Somary. School files, they believe, would corroborate this.

“In the culture of Horace Mann it is extremely important to get into a top university, and the most devastating threat you could make against a child there is to tell them that the school won’t help you to do this. The answer is that if you look at our original letter we ask who knew what when. The issue is not just the sexual abuse but the cover up of that abuse.”

Few would contend that Horace Mann today bears any resemblance to the school as it was in the 1960s and 1970s. It was an all-boys school until 1975, for one thing, and most teachers were also male.

From the flood of alumni comments and reminiscences that have been made public in the past year, the rules of engagement between the faculty and the students appear to have been opaque at best.

From a contemporary perspective, Horace Mann had a stimulating and challenging academic ethos and facilitated eccentric behaviour by some of its staff.

The stories as chronicled by the survivors’ group are bleak: troubled later lives, substance abuse and, in the worst cases, suicides.

John Seiger, for example, was traumatised for years after leaving Horace Mann, but his talent for music held out the prospect of a return to equilibrium. Today he is a jazz musician in upstate New York.

The Horace Mann letter stresses that the school has revised its policies to safeguard the welfare of its pupils and that it co-operated fully with the Bronx district attorney’s investigations. It also points out that it engaged in mediation with the survivors even though the statute of limitations barred them from claiming compensation.

“Given the passage of time, most of the abusers are either dead or mentally infirm; the remainder, we understand, are unwilling to respond to the allegations, and the School does not have the authority to compel these individuals to do so.”

Many of the abused have entered mediation with school representatives in recent months and have reached a financial settlement. But their appeal for an investigation will continue.

The school’s motto, he says, is Magna est veritas et praevalet. “It means ‘Great is the truth and it prevails.’ ”

The time periods coincided, but whereas the Murphy and Magdalene laundry reports dealt with the abuse of vulnerable children in State- sponsored institutions, Horace Mann was a private school that attracted the brightest and the best, among them the media owners James Murdoch, Si Newhouse and Arthur Hays Sulzberger.

“I am grateful for the courage of those who suffered in those situations and came forward and took a difficult stand for justice. One of the lessons I draw from the reports on the Magdalene laundries, for example, is that sooner or later an independent investigation will take place. It can be now or 20 years from now, but it will happen.”