While celebs officially shun Old Hollywood headquarters the Beverly Hills Hotel, my friend Max is not so sure 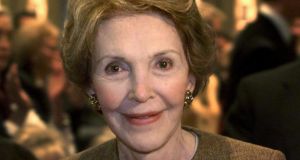 I used to love going to the Beverly Hills Hotel on Sunset Boulevard, wandering its banana-leaf-patterned halls and communing with its glamorous ghosts and legends: Elizabeth Taylor and Richard Burton, with their regular breakfast order of two bottles of vodka and two more for lunch. Howard Hughes, pacing around his darkened suite wearing Kleenex boxes for shoes and ordering sandwiches in the middle of the night. The Rat Pack with its whiskey and broads. Gina Lollobrigida and Marilyn Monroe lounging poolside, titillating cabana boys. Nancy Reagan, dishing at lunch.

The Pink Palace fell out of favour and took on a ghostly hue of its own. In 2014, Jeffrey Katzenberg, Jay Leno, Elton John, Ellen DeGeneres and others called for a boycott of the hotel after its owner, the sultan of Brunei, implemented Shariah law in his small, oily kingdom in the South China Sea, making homosexuality and adultery punishable by stoning. “Kind of funny for an ideology that rewards death with the promise of sex with 72 partners,” notes my friend Max Mutchnick of Will & Grace fame.

There were demonstrations with signs such as “It’s Not Sheik to Hate”. Oscar parties, lavish wedding and Star Wars- themed bar mitzvahs were all cancelled. As Vanity Fair reported, some luminaries never stopped coming and some held “gay ins”. Others ordered takeout and had their secretaries pick it up. Hotel devotees sneaking back for the $35 McCarthy salad were chastised. The boycott, they were told, was bigger than a salad.

Katzenberg told me that the boycott was still on. And Max admitted that he was a little apprehensive. Yet he was pleased to see that, after an 18-month hiatus, the place seemed exactly as he had left it. Leonardo DiCaprio had been spotted at the pool and gays were returning. Zac Posen, whose gowns are Oscar red-carpet staples, was at a nearby booth.

“Suzanne Pleshette taught me what to order: a McCarthy salad, dressing on the side, and well-done fries,” Max said, as the waiter warmly welcomed him. The menu cover had a picture of Warren Beatty, who held court as a young bachelor in the hotel’s bungalows and shot part of his forthcoming Howard Hughes movie there, and who longs for the boycott to be over.

I asked Max afterward if he could elaborate on his justification for breaking the boycott. He emailed me back: “In sitcom terms, the Beverly Hills Hotel was kind of my ‘Central Perk.’ Much of my career unfolded at the Polo Lounge. I was signed by my agent and lawyer in that room. David Geffen told me what I had to do to save my career. And one night I sat with Sandy Gallin as he chatted up Sylvester Stallone. As Sly walked off, Sandy turned to me and said, ‘I cannot believe how terrible Paul Anka looks!’

“I loved the ‘supporting characters’ who parked my car, worked the lunch counter, got me a good table at dinner and greeted me like an old friend.

“I was proud to stand with my community and boycott an institution that represented repression and exclusion. But now the foundation of my political correctness is starting to show cracks. I grappled with my inner voice: ‘Maybe fluffy pancakes and warm maple syrup are more important than gay rights.’ But in truth, something deeper was gnawing at me: If I’m going to shun this hotel, does that mean that anything I don’t actively boycott, I tacitly endorse? I loved the television show Glee. Should I not have watched because it aired on Fox, a company that gives Roger Ailes the parking space closest to the front door?

“What about Nike soccer balls which were sewn by the little hands of 12-year-old children in Pakistan? Can I no longer wear my Nike dry-fit Lycra-lined running shorts that lift and separate in a way that can only be described as gay magic? Last night I got cash from the Bank of America ATM. Qatar put a billion-dollar stake in BofA. Just Google ‘Bad Things in Qatar’. It never stops.

“Does this boycott make sense? I did not want to go against my core values. Or worse, offend a Higher Power (Elton John). But it hit me like a rock being thrown at my face by the village baker in Brunei that, after two years, the only thing that changed at the Beverly Hills Hotel was that the hardworking staff, those least responsible for the offending action, were getting hurt the most. While a hotel representative says the employees are compensated for lost wages, I’m dubious. We don’t know for how much or for how long.

“Gay men and women, some married, dining freely in the Sultan’s Lounge, seemed like a pretty powerful statement, too. Because really, when I think about it, the Beverly Hills Hotel represents everything I aspire to be: elegant, welcoming, sexy at 75, and proudly pink.” – (New York Times service)