TV commentator praised for taking on Cruz and his ‘deceitful’ stance 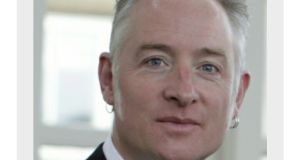 Irish immigrant Tommy O’Malley, the Wexford native who has lived in Massachusetts for 30 years, received teasing messages on social media after a Republican presidential candidate went on the attack on Monday evening.

Ted Cruz, the Texas senator, responding to Fox News commentator Bill O’Reilly on how far he would go on his immigration policy, said that he would go very far – further than his previously stated position.

He said he would send ICE agents – the Immigration and Customs Enforcement so dreaded by illegal minorities in the US – around to the homes of the undocumented migrants, all 12 million of them, arrest them and deport them. “That’s what ICE exists for,” he said.

Pushing him further, the tough-talking Irish-American commentator asked: “So Tommy O’Malley from Co Cork in Ireland is over here and he overstays his visa and he has got a couple of kids and he has settled into Long Island, and you, President Cruz, are going to send the Feds to his house, take him out and put him on a plane back to Ireland?”

“You better believe it,” said Cruz.

Watch out, the Feds would be coming after him, they said. He would have to go on the lam, he thought. “Oh no Tommy!” wrote one friend. O’Malley, safe as a US citizen since 2014, saw the funny side.

The Dartmouth College English professor and novelist (48) then contemplated the seriousness of Cruz’s remarks.

“If his declaration wasn’t so sad, so unrepentant in its lack of humanity, its deceit, false criminalisation of immigrants, you’d have to laugh,” he wrote in response to the conservative firebrand senator’s plans.

“I certainly do my best,” he said, when asked whether he, like his hero Ronald Reagan, was using his Irish wit in politics. “Being half-Irish, that is a part I need to channel more and more every day.”

In the main, Irish immigrants have not been targeted by the Republican rhetoric, rather, it is the Latinos who have illegally crossed America’s southern border with Mexico, a border Trump has promised to seal with “a great wall”.

The walking, talking Tommy O’Malley, who emigrated to the US with his twin sister as a teenager from near New Ross in 1984, praises O’Reilly for questioning Cruz’s policy by suggesting the plight of “Tommy O’Malley”. He applauds him for challenging Cruz with “a scenario where a more acceptable type of undocumented immigrant – white and Irish – is brought into a discussion that until now has focused primarily on immigrants of colour”.

The Fox commentator’s attempt at enlarging the universal perspective, including Cruz’s, by placing the debate in a recognisable context highlighted a policy that is “fundamentally wrong” and “shaped around particular prejudices towards race”.

O’Malley said that O’Reilly made “Tommy O’Malley from Cork” the “poster child of white undocumented immigrants” but he believed Cruz’s policy was directed at “minority immigrant cultures”.

“As much as Americans like to romanticise that everyone in their family came here in an orderly and legal manner through Ellis Island, properly documented if incorrectly named, such an idea is a grand and beautiful falsehood,” he said.

“Most people, unless, they are recent immigrants, simply don’t know how their families arrived here and they may have no true understanding of what they went through.”

When O’Malley joined his father in the US and started working on building sites in Boston, friends used to joke he would be deported.

But life as an immigrant, even later with a green card, wasn’t easy. He recalled immigration officials cutting up his green card at Shannon Airport when he went back to visit his mother who remained in Ireland. “I remember being frightened to death,” he said.

Those fears returned with Cruz’s targeted comments against “Tommy O’Malley” as he remembers a time when his family were undocumented.

“For a brief time, once our visas had expired and as we waited for legalisation yet caught in the slow grind of immigration bureaucracy, we were illegal,” he said.

“And we were, of course, anxious, fearful, as every immigrant feels and more so, in this present day, if that immigrant is a minority, that we might never receive the paperwork to remain in the US, and that we might be deported.”