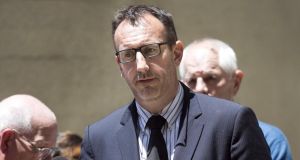 Philip Grant, the Consul General of Ireland for the western United States has described the New York Times article about the Berkeley tragedy that offended many Irish as ‘hurtful’. 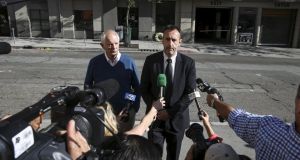 The Irish Consul General in San Francisco has described the New York Times article about the Berkeley tragedy that offended many Irish as “hurtful,” saying he saw it on Tuesday night as he was waiting at the airport for the first families of the six Irish killed and seven injured to arrive from Ireland.

“I was upset,” Philip Grant, Ireland’s representative on the west coast of the United States told reporters in Berkeley on Wednesday night referring to an article for which the newspaper later apologised.

“Speaking personally, we have 6,000 students coming over every year. To take one or two incidents that happened - this programme has been running for 20 to 30 years,” he said.

“We do everything possible to make sure it is a safe and fun experience for all of those students. And that is what is the case for the vast majority.”

The newspaper, responding to public anger in Ireland and among the Irish overseas, including in Berkeley, apologised for its story on Wednesday.

A spokeswoman for the newspaper Eileen Murphy said some of the language in the piece about the collapse “could be interpreted as insensitive and that it was never that paper’s intention to blame the victims.

“The trust of the story was insensitive and the reaction to it understandable,” said the newspaper’s public editor Margaret Sullivan, who holds a type of independent ombudsman role representing readers’ interests, in a separate statement.

The article looked at the Irish J-1 summer visa programme on which the six Irish students killed in Tuesday’s accident were participating.

The newspaper reported that the programme had been a “source of embarrassment to Ireland due to episodes of drunken parties in other parts of California, namely San Francisco and Santa Barbara.

Former Irish president Mary McAleese, who was a J-1 visa student in San Francisco during the summer of 1971, wrote to the newspaper, saying that the New York Times “should be hanging its head in shame” at the rush to judgment on the deaths of “our brightest adults.”

Mr Grant said that the response of the Irish Ambassador to the US Anne Anderson raised the concerns about the article “very well.”

The ambassador wrote a letter to the editor of the newspaper, complaining that the implication of the article - that the behaviour of the students was in some way a factor in the collapse - had “caused deep offence.”