SurveyMonkey CEO (47) reported to have died on Friday night 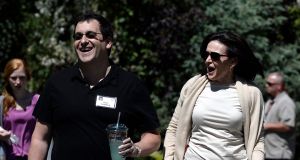 He was known for his low-key demeanour and the grace and good humour with which he handled being married to one of the America’s most recognisable executives.

In her book Lean In, Sandberg attributed much of her own success to her marriage to Goldberg, who she said supported her career decisions and shared equally in the work of raising their young children. The two married in 2004.

Tributes to Goldberg poured in over social media from friends and other executives, including Facebook chief Mark Zuckerberg, who called Goldberg “an amazing person.”

“I rolled my eyes at the idea that people were ever going to need to read their emails away from the office,” he wrote.

The family did not disclose the cause of death.