A vigil is held for the six Irish students who died in a balcony collapse in California. Video: Reuters 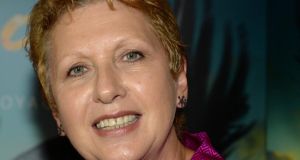 Former president Mary McAleese: “Today the New York Times should be hanging its head in shame at how outrageously and without the remotest evidence it has rushed to judgment on those deaths.” Photograph: The Irish Times

Today in Ireland we are hanging our heads in shock and sorrow at the needless deaths of six of our brightest and best young adults and the serious injuries to others.

Today the New York Times should be hanging its head in shame at how outrageously and without the remotest evidence it has rushed to judgment on those deaths.

I was a J-1 visa student in California over forty years ago.

Tens of thousands of Irish J-1 students have spent happy summers there over the years since.

By far the vast majority have been a credit to Ireland and only the very tiniest minority have not.

Yet within hours of the most appalling tragedy in the history of the J-1 visa program, when the one salient fact to speak for itself is the ludicrous collapse of a fourth floor balcony in a relatively new building, New York Times journalists reached for the lazy tabloid stereotype and heaped deliberate injustice on top of the most awful grief.