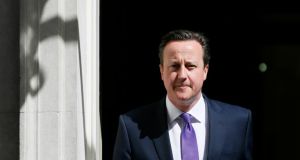 While high-profile figures such as George Osborne and Theresa May retained their portfolios, they are joined by a number of new faces, including Sajid Javid, who enters the cabinet as business secretary.

The top members of the government are granted full membership status of cabinet, as opposed to those who merely attend cabinet meetings, such as the chief whip.

The list of full cabinet members is as follows:

Chancellor of the exchequer and first secretary of state: George Osborne

Leader of the House of Commons: Chris Grayling

Leader of the House of Lords: Baroness Stowell of Beeston

Chancellor of the Duchy of Lancaster and cabinet office minister: Oliver Letwin.