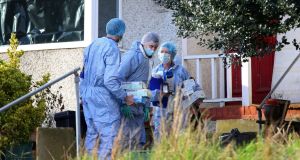 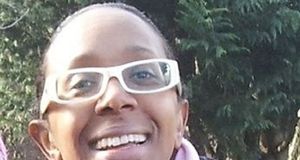 British detectives are searching for the boyfriend of an ex-EastEnders actress after three bodies were found by police looking for the performer and her two children at their home.

Blake (43), who played Frankie Pierre in the hit soap, went missing with her children Zachary, (8) and four-year old Amon, on December 13th, in east London.

Three days later, police interviewed her partner, the children’s father, Arthur Simpson-Kent (48), at the family’s home in Erith, Kent, and he also vanished.

Forensic teams were seen searching the property today and neighbours said police had been at the house for several days.

The actor had motor neurone disease – a fatal, rapidly progressing disease that affects the brain and spinal cord – and was reportedly looking “very frail” before she vanished.

Police said the bodies were found in the garden and a murder inquiry is now under way.

The bodies have not yet formally been identified, but police repeated appeals for help finding Mr Simpson-Kent.

Det Supt Paul Monk said: “Sadly, as part of a thorough forensic search we are carrying out at the family’s home in Erith, we recovered three bodies from the garden of the property. “As yet, we have not formally identified the bodies but this is of course a significant development and Sian’s family have been informed.

Blake and her children were last seen in Waltham Forest, east London, on December 13th, and her silver-beige Renault Scenic was found in Calvert Avenue in Bethnal Green, east London, on January 3rd, but it is not known who parked it there.