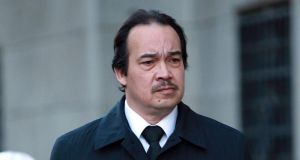 A police officer accused of falsely claiming to have witnessed the Plebgate row today pleaded guilty at the Old Bailey Pc Keith Wallis (53) of West Drayton, west London, admitted misconduct in public office between September 19th and December 16th, 2012, by saying that he had witnessed the incident and arranging for his nephew to support the claim.

He was charged after he sent an email to Conservative deputy chief whip John Randall, who was his MP, wrongly claiming that he had seen what happened in Downing Street on September 19th last year.

A row erupted when then-chief whip Andrew Mitchell became involved in a heated confrontation with another police officer, Toby Rowland, after he was refused permission to cycle through the main gate.

Mr Justice Sweeney, sitting at the Old Bailey, adjourned the case for sentencing on February 6th pending pre-sentence reports. He released Wallis on unconditional bail but warned him that ‘all sentencing options remain open to the court’.

Mr Mitchell, the Tory MP for Sutton Coldfield, welcomed the guilty plea. He said in a statement: “I am pleased that justice has been done in a criminal court today. “It is very sad and worrying for all of us that a serving police officer should have behaved in this way. There remain many questions unanswered, in particular why Pc Wallis wrote this email and who else was involved in this process.

“I am looking forward to seeing justice done in the up to 10 other related disciplinary cases involving police officers so that I can focus all my energy on delivering for my constituents and help David Cameron win a Conservative majority at the 2015 Election.”