Murdered MP Jo Cox was a ‘voice of compassion’ 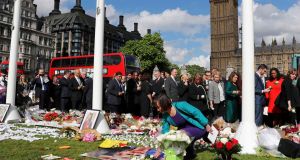 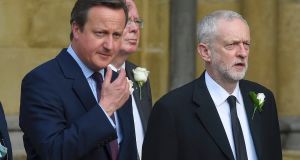 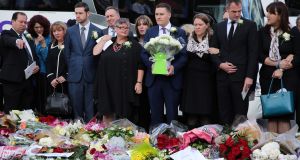 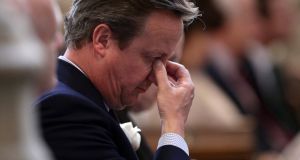 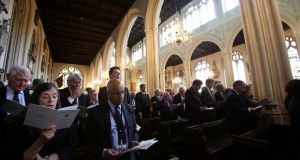 British Labour Party leader Jeremy Corbyn and Conservative prime minister David Cameron led tributes to Jo Cox, the Labour MP who was killed on Thursday, after the British parliament was recalled from a recess ahead of the UK’s June 23rd referendum on EU membership.

Referendum campaigning had been suspended for three days following the murder of the pro-EU MP.

Ms Cox was killed as she attended a meeting with constituents in the town of Birstall, northern England.

House of Commons speaker John Bercow agreed to the recall of the House to allow members to commemorate their colleague.

In a break with Commons tradition, MPs from different parties could sit together, rather than dividing along party lines.

“We need a kinder and gentler politics . . . We all have a responsibility in this House and beyond not to whip up hatred or sow division.

“In her tragic death we can come together to change our politics. To tolerate a little more and condemn a little less.”

Proceedings were opened by Mr Bercow shortly after 2.30pm in London, before Mr Corbyn and Mr Cameron delivered their tributes to a packed house.

Politicans wore white roses on their lapels, while Ms Cox’s seat was left empty, with white and red roses attached to the back.

“Jo Cox was a voice of compassion whose irrepressible spirit and boundless energy lit up the lives of all who knew her and saved the lives of many she never, ever met,” Mr Cameron said.

DUP MP Nigel Dodds also spoke on behalf of the DUP, the UUP and the SDLP.

He said: “We sit together and speak with one voice.”

He extended sympathies to Ms Cox’s family and the wider Labour movement.

Mr Dodds said the House should vow to “uphold our values” and maintain our “open political culture”.

Other speakers appealed for less confrontational politics and criticised the “cheap populism” of those opposed to refugees and immigrants.

Several drew a link between the death of Ms Cox and the tone of the campaign to leave the bloc in the June 23rd referendum.

“Jo understood that rhetoric has consequences, when insecurity, fear and anger are used to light a fuse then an explosion is inevitable,” Stephen Kinnock, who shared an office with Ms Cox in the House of Commons, told MPs.

“It is the politics of division, of fear, the harking back to incendiary slogans and the rhetoric of Britain First that twists patriotism from love of country into an ugly loathing of others.”

Ms Cox’s family sat listening in the gallery as politicians told stories of her love for her son and daughter, passion for the causes she believed in and her loyalty to her friends.

After the House of Commons was adjourned, MPs trooped across the road to a church service in Ms Cox’s memory in St Margaret’s church.

Ms Cox was also hailed as a “21st-century Good Samaritan” at a service in the village where she was killed.

The Rev Paul Knight told a congregation at St Peter’s church that the 41-year-old was “someone with whom Jesus would have been so pleased”.

A memorial fund set up for Ms Cox has raised £1 million (about €1.3 million) in three days, after more than 30,500 people made donations.

The money will be divided between three charities.

Thomas Mair (52) was charged with the politician’s murder on Saturday.

He made a brief appearance via videolink at London’s Old Bailey criminal court on Monday, speaking only to confirm his name.

He was remanded in custody and will appear at the Old Bailey again on Thursday.

At an initial hearing in a lower court on Saturday, Mair said his name was “death to traitors, freedom for Britain”.

At Monday’s hearing, when asked if he was Thomas Mair, he said, “Yes I am.”

The pensioner who tried to save Ms Cox was also released from hospital on Monday.

Earlier on Monday, Ukip leader Nigel Farage accused David Cameron and the Remain campaign of a “despicable” attempt to create a link between the EU referendum and the death of Jo Cox to improve their chances of winning Thursday’s vote.

Mr Farage said Remain were “scared witless” about the prospect of defeat on June 23rd and were trying to “conflate” the motivations of the Labour MP’s alleged killer with those of the millions of voters who want to leave the EU.

The Ukip leader also dismissed the defection to the Remain camp of former Conservative chair Baroness Sayeeda Warsi as a “Number 10 put-up job”.

Lady Warsi - who was the first Muslim woman to attend Cabinet but quit the Government in 2014 over the Gaza conflict - said her decision to change sides was sparked by a “xenophobic” poster released by Mr Farage, as well as “lies” from Michael Gove over the prospect of Turkey joining the EU.

However, her defection was greeted with bemusement by Leave campaigners, who said they were not aware that she had ever been a Brexit supporter.

Meanwhile, Sterling climbed the most since 2008 in early trading on Monday, spurring a global rally in higher-yielding currencies, as polls signalled the campaign for the UK to stay in the EU was gaining momentum.

The pound gained at the end of last week after campaigning for the referendum was suspended following Ms Cox’s death.

Opinion polls last week had suggested the Leave campaign had taken the lead in the debate.

But the polling at the weekend - some carried out after the murder - suggested the tide was turning the other way.

The probability of a British vote to remain in the EU, implied by Betfair betting odds, rose to 74.6 per cent on Monday, up from 60-67 per cent on Friday.

The Remain cause was further bolstered on Monday by senior executives of several carmakers, including Jaguar Land Rover, Toyota, BMW and Vauxhall, releasing statements urging Britons to stay in the EU.

“We firmly believe Britain would be better off if it remained an active and influential member of the EU, shaping European regulations,” said BMW sales chief Ian Robertson.

The head of England’s top soccer division - the Premier League - also weighed in, saying that its 20 clubs wanted to stay in the bloc.

“Are we better acting like we want to play our part in the world and be worldly citizens, or do we want to send a signal to the world that says, actually, we’re kind of pulling the drawbridge up here?” Richard Scudamore told BBC radio.