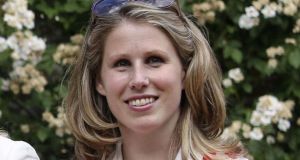 Caroline Criado-Perez, co-founder of the Women’s Room. Criado Perez faced a deluge of hostile tweets over the course of more than a day, including threats to rape and kill her, after she successfully campaigned for a woman’s picture to be put on a new bank note.

Both women have complained about being sent vicious tweets on the site in the past week.

“This arrest will form part of two ongoing MPS investigations relating to allegations made to police by two separate victims, who made reports of malicious communication to police on 25th and 29th July.”

Ms Criado Perez (29) has said Twitter needs to “get a grip” on security, as it emerged bosses were likely to face a grilling from MPs. She said the social network was ill-equipped to handle episodes of sustained abuse and needed to work more closely with police to deal with internet trolls.

Ms Criado Perez met Twitter directors last night along with Ms Creasy, who received similar abusive messages after she offered support to the freelance journalist. “This will have been a wake-up call for Twitter,” the former said.