Fraud blamed on “a complex, highly-organised” network of companies 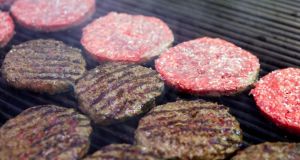 A “complex, highly organised network of companies” is responsible for the “fraudulent and illegal” trade in mislabelled meat, according to the Commons’ environment, food and rural affairs committee

The failure by the Irish and British authorities to prosecute those responsible for putting horse meat into burgers and ready-meals has been sharply criticised by a House of Commons inquiry.

A “complex, highly organised network of companies” is responsible for the “fraudulent and illegal” trade in mislabelled meat, according to the Commons’ environment, food and rural affairs committee.

Demanding assurances that prosecutions will occur, MPs said: “We are concerned at the failure of authorities in both the UK and Ireland to acknowledge the extent of this and to bring prosecutions. We are dismayed at the slow pace of investigations.”

Criticising the UK’s Food Standards Agency, MPs said it must improve relations with authorities in Scotland, Wales and Northern Ireland, along with its counterpart in the Republic of Ireland.

During its inquiry, the Commons’ environment, food and rural affairs committee heard evidence from senior officials in the Food Safety Authority of Ireland. The MPs strongly criticised the authority’s ’s performance during the crisis at that meeting.

Result of fraud
“The evidence suggests that the contamination was a result of fraud by elements of the food industry seeking to make a profit and able to do so despite food traceability requirements,” said their report, published this morning.

The UK Food Standards Agency should be given responsibility for food labelling rules – a role it lost to the department of environment, food and rural affairs in changes brought in by the Conservatives-Liberal Democrats coalition after the 2010 general election.

A “relatively small number” – less than 1 per cent – of meat products tested in the UK were found to have been contaminated with horse meat in tests carried out since January, far lower than the European Union-wide average of just under 5 per cent.

Paul Finnerty of the Larry Goodman-owned ABP Food Group had, the report noted, told MPs that ABP had “never knowingly bought, ordered or processed any horse meat” but he was unable to identify where horse meat entered the supply chain.

“[He] told us that although Tesco had specified seven suppliers of beef for its products, agents at the Silvercrest factory had gone outside this specification, in breach of contract”, it said, adding that Mr Finnerty said ABP had thought that they were “buying from suppliers who were approved”.

“Retailers should have been more vigilant against the risks of adulteration, especially where meat products are traded many times.

“Consumer confidence would be boosted by shorter supply chains,” the MPs continued.

Large retailers should carry out DNA tests on meat and meat-based ingredients and report the results to the Food Standards Agency, they said.