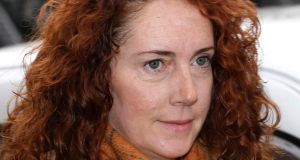 Jurors have been played furious voicemail messages left by former British home secretary David Blunkett in the wake of false press claims about his relationship with a female friend.

As a trial focused on phone hacking continues in London, the Old Bailey was played recordings from the autumn of 2005 in which the politician said he hoped whoever had leaked information to the media would “rot in hell”.

In one message left on his friend Sally Anderson’s phone, he said: “Someone very, very close has done a really phenomenal piece of work on destroying both our lives at this moment in time and it’s vile.

“Whoever it is I hope they rot in hell.”

The jury of nine women and three men were played recordings of a series of messages that were seized from the home of private investigator Glenn Mulcaire, in which Mr Blunkett repeatedly says the media storm over the false affair claims is “vile”.

It is claimed that the messages were illegally accessed on behalf of journalists at the now-closed tabloid the News of the World (NotW).

In one message, Mr Blunkett warns the former estate agent, whose married name is King, to start thinking about who might have passed information to the media, and says: “ I do think that someone has done a pretty good stitch-up job, chapter and verse, times, places, everything. That’s pretty sophisticated to say the least.”

In another message, Mr Blunkett said: “The hyenas are still trying to get me but when I’m back I will shed a little light and they will all run back into the jungle again.”