Deaths of Irish mother and son: UK police not seeking anyone else 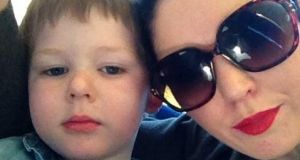 Sinéad Higgins and son Oisín were found dead at a house in London. 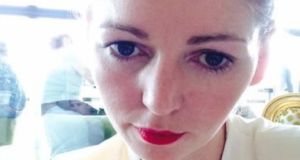 Detectives in the UK have said they are not seeking anyone else in relation to the deaths of an Irish woman and her seven-year-old son at a house in London.

The Metropolitan Police’s homicide and major crime command confirmed on Thursday that they were investigating the deaths of a woman and a child at The Fairway, Ruislip, in the west of the city.

While formal identification of the bodies has yet to take place, a spokeswoman for the police said detectives believe them to be those of Sinéad Higgins (37) and her son Oisín O’Driscoll (7).

The spokeswoman said Ms Higgins and her son were Irish but that police would not specify any further. However, it is understood Ms Higgins (37) is originally from west Mayo.

The alarm was raised by a third party, who informed police of their concerns in relation to the welfare of Ms Higgins and her son.

At about 10.50am on Wednesday, officers forced entry into the house.

Inside, the police found the bodies of Ms Higgins and her son.

The police said Ms Higgins’s family had been informed.

Det Insp Dave Bolton said the circumstances of the deaths suggested there had been no third party involvement.

“The investigation is at a very early stage, but enquiries so far lead us to believe there is a likelihood that the tragic events that led to the deaths do not involve a third party,” he said.

“We are appealing to anyone who has any information to come and speak with us.” Postmortem examinations on the bodies are expected to take place on Friday.

Friends and neighbours began calling to the Higgins home in the townland of Arderry, Aughagower, near Westport, from early on Thursday afternoon to sympathise with her mother Mary, and other family members. 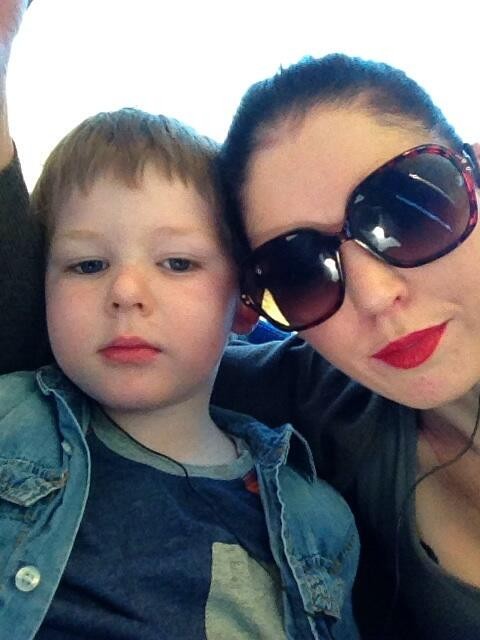 Mary Higgins has been a widow since June 2014 when her husband Tom died, aged 68, following an illness.

Shocked neighbours were recalling last evening that one of Sinéad’s brothers, Cathal, died in a motorcycle accident in 2004.

One parishioner described Sinéad as a highly intelligent young woman who, following her education locally, had gone on to forge a career for herself in nursing and later as a medico-legal adviser in London.

Ms Higgins maintained her contacts at home after emigrating and visited the Aughagower area regularly.

There is no indication as to when the funerals will be held. Prayers for the dead mother and her son are planned for all Masses in the Westport area this weekend.

The Department of Foreign Affairs and the Irish Embassy in London said officials were ready to provide consular assistance if required, but it is understood no request has been made.

Ms Higgins had an outstanding county court judgment against her for almost £3,000. Court records dated January 26th said the £2,926 “unsatisfied judgment” was issued at the County Court Business Centre in Northampton.

Ms Higgins was an emergency nurse with a background in law.

On Twitter, she described herself as “mama to my precious Oisín” and a “fun person”.

Ms Higgins was educated at Independent College Dublin, where she obtained an LLB degree.

The course involves a three-year undergraduate programme on Irish law.

She also obtained a higher diploma in health science from Thames Valley University in London.

In 2010, Ms Higgins spent two months on work experience assisting a barrister in the Four Courts in Dublin.

The majority of this time was spent at St George’s Hospital in south London, as an accident and emergency nurse.

Subsequent to that, Ms Higgins worked as a litigation executive within the clinical negligence department of a large claimant personal injury firm in central London.

She listed her current job on LinkedIn as a medico-legal adviser for Action Against Medical Accidents, which is a UK charity for patient safety and justice.